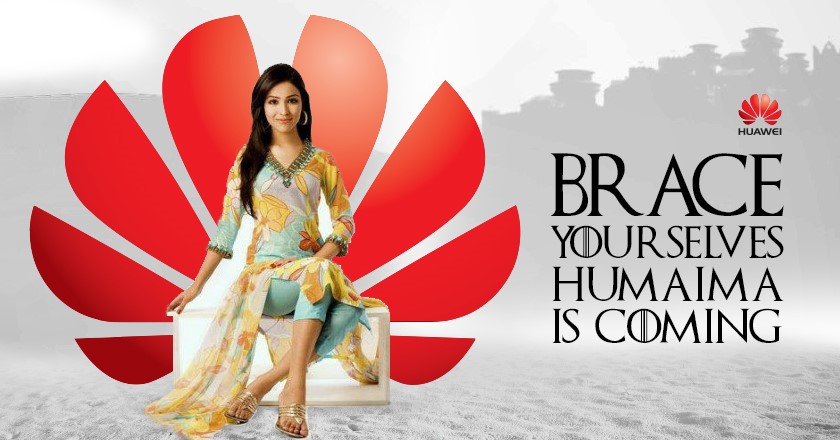 After mesmerizing the Bollywood industry with her oomph and charisma, one of the hottest and happening faces of Pakistan, Humaima Malick is now the brand ambassador of Huawei smartphones.

According to our sources, the TVC has been shot and is under its final phases, no launch date of the campaign has been revealed yet.

Humaima, 25, who was an active endorser of Samsung Galaxy series is apparentlyexperiencing a change of hearts, not only with her preference of film industries but for her choice of smartphones as well.

In 2013, Humaima became the renowned face of Samsung Galaxy series; she starred in a mega advertising campaign and was also spotted promoting Samsung on various press events.

As for the question, who is Humaima replacing? Earlier this year, popular Pakistani TV star,Mahira Khan starred in Huawei’s first biggest promotional campaign for their smartphone range in Pakistan.

After taking over Ericsson in 2012, Huawei has become the world’s largest telecommunication equipment maker and is rightfully reaping strong sales globally. With Humaima as their next ambassador, the company looks forward to reach out to the masses in Pakistan through star power.