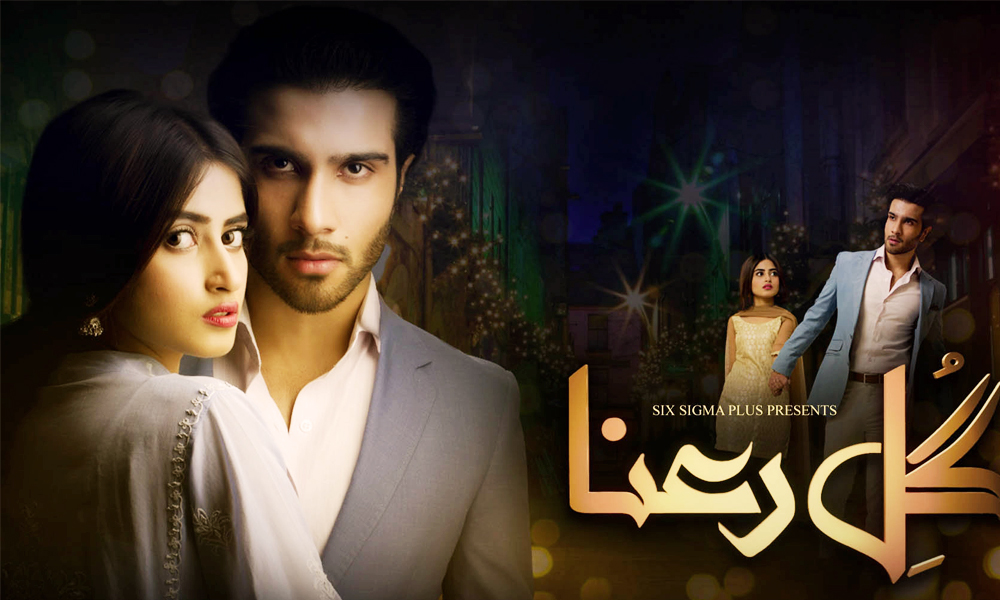 Gul-e-Rana, a novel based drama serial that depicted the love –hate relationship of Adeel (Feroze Khan) and Gul-e-Rana (Sajjal Aly) has finally come to an end; the serial took many twisting turns in the beginning; however it has been a constant drag for the past few episodes with Adeel constantly misbehaving and torturing Rana.

The major twist came towards the last few episodes of the serial when the brawling hero, Adeel who was projected as a villain throughout the serial, sobered down and became an ideal protector of Gul-e-Rana.  However, the climax seemed to be slightly contrasting than expected by many viewers and fans.

The Gul-e-Rana serial that started with a negative tone ended with a positive indication. The serial showed mesmerizing shots of both actors carrying their love-hate relationship, complementing each others’ roles and avatars perfectly. Yet, the ending seemed a little impartial to many people.

Asher, Rana’s cousin and a silent lover of Rana finally died from a prolonged illness. He died while dreaming of the love of his life. Ending as scripted down in the novel of Gul-e-Rana concluded on a happy note, whereas the ending showcased in the serial was purposely changed.

Yet, Rana keeps her cool and dislikes Adeel to the core; showing the least of interests in him. But the end comes with a twist! The boisterous hero turns into an earnest man. That’s when Rana falls in love with Adeel and the hate relationship turns more into a romantic one.

People, however, were saddened by the end scene where Adeel is shown standing alone on the hilltop, fantasizing about Rana and regretting his actions in the past while Rana is shown teaching to children in a school, independent, content and at peace. The audiences were rooting for happy ending for both of them.

Check out the mixed reviews and reactions of people for the serial:

#GULERANA trending on the 1st in Pakistan Adeel & Rana will be missed I wish there was a happy ending😭❤ pic.twitter.com/pukl3ralxn

The last 2 episodes of #GULERANA have been like an emotional whirpool! Hatts off to @ferozekhaan n sajal for the outstanding performances 😊

Look at what Humaima Malick has to say about the drama serial Gul-e-Rana:

Even Humayun Saeed penned down a proud note on the ending of the serial:

Check out the sneak peak of the last episode of Gul-e-Rana:

Sajjal Aly also thanked her fans and viewers for making Gul-e-Rana, the most anticipated drama serial: