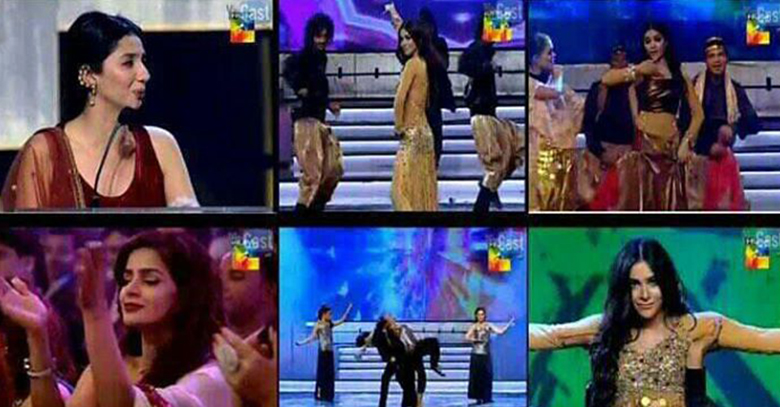 By Zoya Anwer
We all are well aware of the threats posed by cyber crimes but did we ever hear about cyber criminals who had harmless intentions? Not quite.

Recently the website of a loved “family” channel, Hum TV was seized by a group of hackers who believed that the content shown was not in line with the target audience and the Islamic customs of the state; in short the stuff was highly vulgar and we thought that deep down only we were on guard when the channel was viewed by people of all ages in one room!

No wonder the masses need to be shown the real face of the horrors faced by our society such as prostitution, fake aalims, harassment, drug abuse and even the night life in the city but in a more acceptable way.

And let’s face the fact we love to watch dramas based on such unconventional topics.

The trend set when “Bund Khirkiyon k Peeche” was aired by TV One, raised quite a lot of eye brows but all were happy for the target were elitists, whom everyone loves to hate. While this one obviously did not belong to Hum TV it paved way for others to show similar or rather ever bolder content.

But when the same scenarios were depicted in other dramas many fingers were raised and the “closer” to reality scenes were highly objected by all.

For instance, lately, much hue and cry was raised when a censored scene was shown in the drama “Mere Humnasheen” in which the wife catches her husband in bed, to her surprise, with not a woman but another man. While the channel defended the scene on the portrayal of the dark shadows of reality, the masses got really disturbed by the immensity of the scenario, maybe because the thing is still too novel for them.

The comical scene, regarding the height of vulgarity can be witnessed when Hum TV sheepishly had to change the title of the drama about prostitution “Larki Chahyey” to “Aakhri Baarish.”

Actors like Mehwish Hayat, Shamoon Abbasi, Humayun Saeed and Amina Sheikh are much notorious for their frequent fuzzy and warm ‘display of affection’ on-screen. Rather the hackers specifically criticized the celebrity couple Amina Sheikh and Mohib Mirza on an affectionate scene in “Tou Aurat Mai Mard” in which the couple mistook the screen for their own private life.

Entertainment channels are watched by all especially when everyone gets together but when vulgar content is shown on channels, the fun zone transforms into must-avoid-everyone’s-eyes zone. Many bold issues can be dealt with without usage of sexual overtones as well.

The latest trend of Turkish and Indian dramas, which has caught the entertainment industry by storm, show love intrigues and a culture alien to ours in respect of attires and customs. The famous drama “Ishq-e-Mamnoon” showed an illegitimate relationship and got a massive response even though it showed something repulsive.

What is most amusing is when cleavages, which no one would really care about, are censored; deliberately forcing a person to pay attention to the blurred area. Instead of the covering up it becomes even more highlighted, and similar stuff is present in the local dramas as well without any censor!

Hum TV did not promote Turkish dramas for a while, letting go of the vow only recently. But like all Turkish dramas this one also shows love affairs and actors clad in clothes, considered an abomination in our part of the world.

Tabooed topics of prostitution, harassment and drugs were portrayed in the dramas earlier as well but never did they cross the fine line between vulgarity and reality. An example for this would be “Inkaar”, a drama which was based on drug abuse but cannot be called as a vulgar one. Dramas on passionate love were aired previously as well but never did the passion force the viewer to change the channel.

Rather the very Hum TV touched the unspeakable issue of AIDS in one of the Tele-films, “Tehreem” without any revolting instances. Another very highly appreciated Tele-film, shown by the same channel, “Bay-Hudd” highlighted an issue which could have been depicted in a vulgar fashion as well but the portrayal was highly admirable proving that highly controversial topics can also be shown to the same public in a more subtle way.

It is indeed media’s responsibility to unveil the dark side of society along with the entertainment but it does not mean doing it with the aid of vulgarity. Excess and access of too much freedom can lend anyone into hot waters.