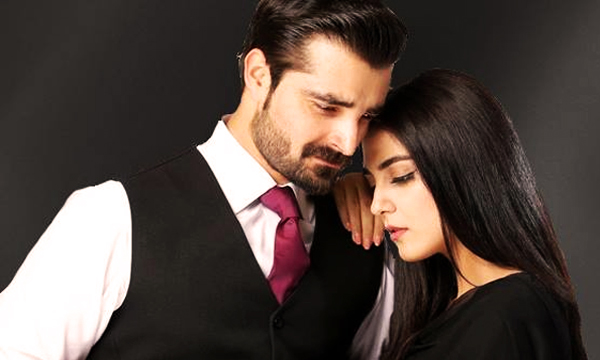 If you have the slightest of clue of what happens in the realm of Pakistani television fraternity, you’ll definitely know about the very popular drama serial Mann Mayal, and its final episode that is to air today at 8.00 pm.

The popular Pakistani drama serial Mann Mayal that premiered on HUM TV earlier this year became one of the most talked about shows. Featuring Hamza Ali Abbasi in a lead role, his second drama serial already created a lot of buzz over social media, even before it started airing.

The inspirational actor, Hamza Ali Abbasi also shared the news, thanking the audiences for all the support and love.

Some adored Hamza Ali Abbasi in a decent and over caring avatar of Salahuddin while others hated Jeena and Mikael with a passion! However, Jeena was not the only thing about Mann Mayal that the viewers disliked; they also grew weary of the senseless storyline that became nothing but a total drag towards the end. Mann Mayal flaunts a simple love story with a twist! ‘Love it or hate it, you just cannot ignore it’, is a tagline perfect for Mann Mayal.

The hype is so huge, that the actors themselves are tweeting away:

With Jeena (Aisha Khan) committing suicide in the last episode, Mikael getting shot and Hamza Ali Abbasi finally recovering from a heinous ‘poisoning incident’ (also carried out by Jeena who was apparently madly in love with him) the 32 episode drama seems to be reaching its end today.

No matter how much criticism the drama received, the director sure did know how to keep the audiences hooked with suspense in the air.

Twitter breathes a sigh of relief with these hilarious Mann Mayal tweets:

Monday is the worst day since childhood,
Now #MannMayal became another reason to hate mon the most.

Some were totally hilarious!

Listen to the OST below:

Watch Maya Ali talk about the drama and her co-star Hamza!

Are Mannu and Salahuddin finally going to unite or are we in for another ‘Pyaaray Afzal’ twist? Watch Mann Mayal at 8.00 pm on HUM TV tonight & stay tuned for more updates!