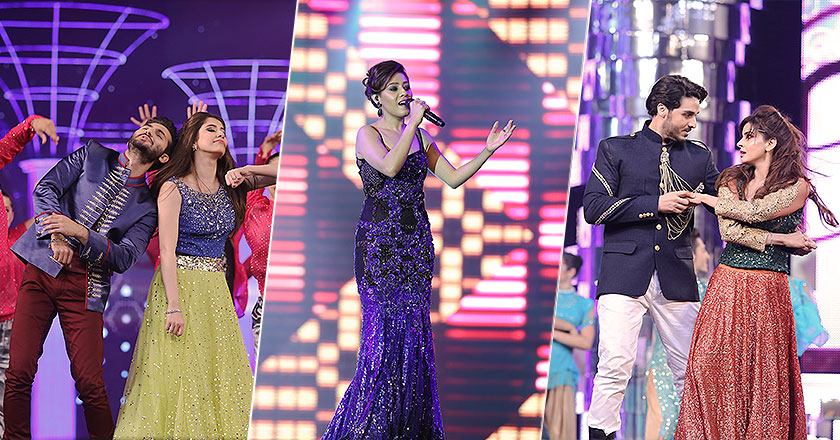 Pakistan’s premiere entertainment network, HUM Network announced the airing date for the much anticipated and most talked-about awards ceremony in the history of Pakistani entertainment industry, the Servis 3rd HUM Awards 2015, Dubai.

Held at the Dubai World Trade Centre, the star-studded affair not only brought the giants of Pakistan’s entertainment industry under one roof but also served as a stage to showcase the true entertainment value that Pakistan has to offer.

The 3rd edition of HUM Network’s glittering awards ceremony boasted some of the most memorable onstage performances by the heartthrobs of Pakistan’s entertainment industry, with some of them performing live for the first time.

Don’t forget to tune in to HUM on May 23 to watch the charming and honey-voiced Indian playback singer, Sunidi Chauhan mesmerizing the audiences with her hit songs as well as a Pakistani number, and the most adorable couple of our industry, Shehroze and Syra Sabzwari romancing on stage for the very first time.

Watch Ahmed Ali Butt and Wasay Chaudhry humoring the winners, runners-up and the attendees with their witty remarks, as well as the heartthrobs of millions,