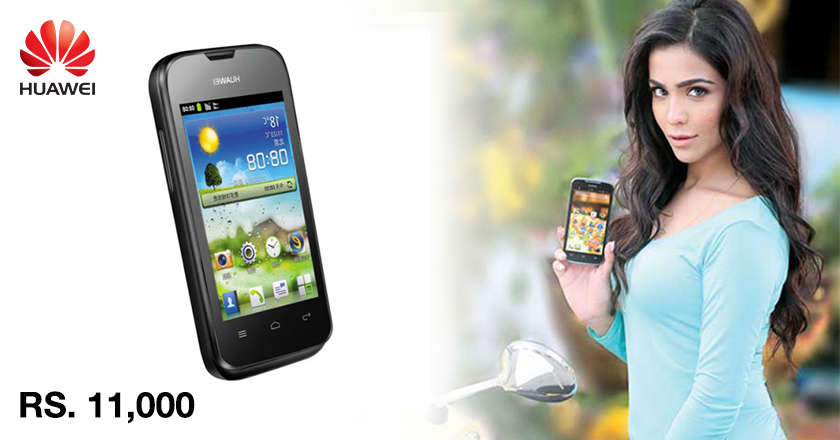 After ditching Samsung, Humaima Malick is now ready to sizzle for another Pakistani Smartphone brand, Huawei, for its latest flagship smartphone Ascend Y520.

Huawei’s very first step towards the low priced smartphones market in Pakistan seems to be in place with its new Ascend Y520 which is being endorsed by one of the most trending celebrities of current times.

Having an LCD of 4.5 inch, with a resolution of 450×854 pixels Huawei Ascend Y520 is powered with 1.2 GHz processor paired with 512 MB RAM, that comes pack with 5MP back camera and a 4GB Internal memory space.

The handset will comprise of an Android 4.4 KitKat, while the upgrading option has yet not been revealed yet. The phone has been priced at PKR. 11,000

Humaima Malick was previously endorsing Samsung and is now endorsing Huawei. With Humaima tied to this low priced smartphone, it is clear that Huawei is using the same strategy as Qmobile to give  tough competition to other top selling mobile phone brands of Pakistan.