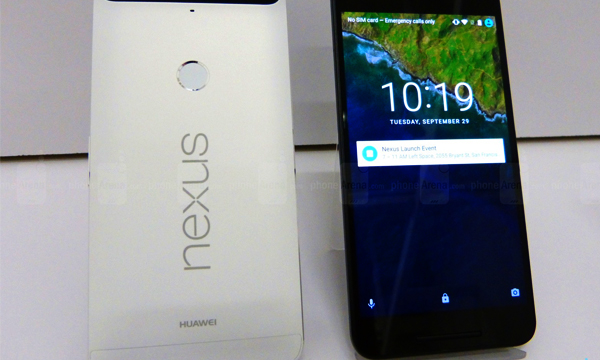 The latest device will be available in the markets from Thursday onwards, as reported by ProPakistani.pk.

The 7.3mm thin body of Nexus 6P, coupled with the new color options and a unique design make it the best looking Nexus flagship to dateAndroid

Google and Huawei’s new flagship comes with a 5.7-inch AMOLED display with QHD (2K) resolution for its Nexus 6P.

As Nexus 6, the device Nexus 6P also has fore-front dual speaker setup. The phone also contains a fingerprint sensor at the back of the device.

Nexus 6P also incorporates some unique camera features. Instead of upgrading the Nexus 6P with Megapixels, the device is annexed with Snapdragon 810 processor with 3GB of RAM and a 12.3 MP sensor. It uses a bigger sensor of 1.55µm pixels and a wide F/2.0 aperture. This feature not only allows the phablet to capture a real picture, but it also delivers superior picture quality with minimum distractions. On the other hand, the device also has 8 MP front-facing camera.

The Nexus flagship has a 3,450mAh battery which should go a long way with Android 6.0 Marshmallow featuring the battery saving Doze mode.

Have a look at the list of Specifications of the Phone Nexus 6P:

What’s your opinion about the labelled price of the phone? Do you think the price meets the specifications?

Let us know in the comments section below and stay tuned with Brandsynario for more updates!