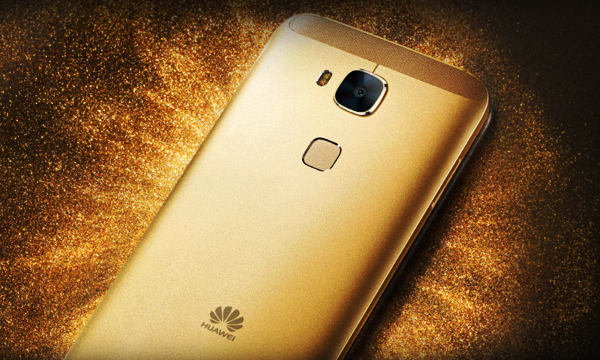 Chinese mobile phone manufacturer Huawei has now announced the launch of the Huawei G8 in Pakistan, for a price of PKR 35,000.

Alongside this flagship phone, the Huawei Mate S is also being launched. The G8 would be made available in the Pakistani market from next week, following a local launch party in Lahore.

The Huawei G8, much like the Mate S, takes some of its features from the Mate 7 Phablet. Supporting an ultra-thin metal body and an elegant design, the phone has the looks of an Apple iPhone 6. It has a 5.5-inch touch-sensitive, FHD screen, with 1920 x 1280 resolutions, a Qualcomm MSM8939 Snapdragon 615, Octa-Core 1.5 GHz processor, 3GB of RAM, and built-in 32 GB memory, which is expandable by 64GB via MicroSD. It also packs a 13MP main camera, with optical image stabilization (OIS), and a 5MP front camera, with added features including the Perfect Selfie and DIY Filter.

Related: Huawei Mate S to be Launched in October in Pakistan- Price & Specs

Look at the pictures of the Huawei G8:

Additionally, the smartphone has a faster Fingerprint sensor 2.0, and packs a massive, powerful 3,000 mAh battery, which makes it bigger than the one in the Mate S. The G8 will come in three colors – Black, White, and Gold, will run the Android 5.1 Lollipop operating system and is expected to be worth around PKR 35,000.