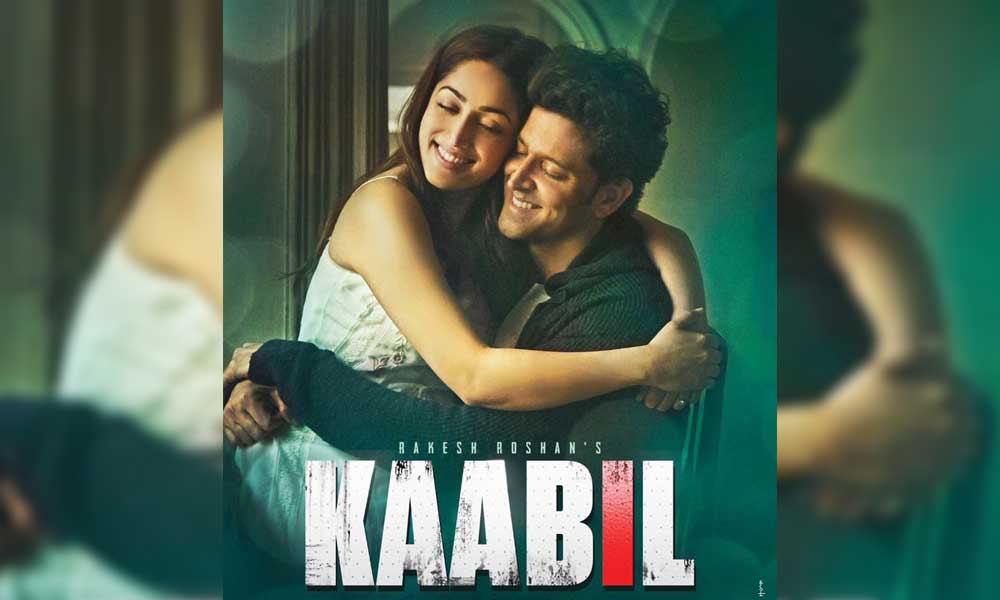 Bollywood is gearing up for the ultimate battle of the year as Raees and Kaabil are all set to lock horns at the box-office! With their release date set together on January 25th, the Indian cinemas will be witnessing a tug-of-war between the two potential blockbusters. However, early reviews of Kaabil are hinting that  Hrithik Roshan might have already defeated Shah Rukh Khan’s gangster flick!

The fight is getting intense and interesting! Celebrities and critics are rolling out rave reviews to the Kaabil along with various Bollywood publications!

Roshan’s ex-wife, Sussane Khan too is singing praises for Kaabil!

The most hearted performance in history of Indian cinema @iHrithik! ❤Kaabil will melt u! 👊🏻👏🏻👏🏻👏🏻kudos 2 d team @yamigautam @_SanjayGupta pic.twitter.com/TICcjCm9QJ

Read what is buzzing in B-town for Hrithik Roshan’s Kaabil movie!

@RakeshRoshan_N congratulations for Kaabil. @iHrithik will sweep all the awards this year.Will watch it again for sure

Guddu/Sanjay/Duggu/Yami/Sudeep/Resul-"Kabil" Winner all the way. Thrilling,chilling,entertaining. Congratulations all concerned. Loved it!

Just watched #Kaabil, @iHrithik's sincere effort is commendable,he's evidently given it his all. A sensitive film with captivating storyline

Watched #Kaabil and loved it! @_SanjayGupta – what a beautiful & powerful film, take a bow👏🏼🤘🏼@iHrithik outstanding👌🏼@yamigautam brilliant👍🏼

Just watched #Kaabil! Feel very proud to be a part of the film. It will touch hearts! @iHrithik @_SanjayGupta @RakeshRoshan_N @Sulaiman

#Kaabil lives upto its promise. Brilliant thriller by the deadly trio @_SanjayGupta @RakeshRoshan_N and last but not the least @iHrithik

#Kaabil has an intensity which will blow your mind. Loved the madness. @iHrithik made me cry. Brilliant

@iHrithik in #Kaabil is believable emotional intense. So many scenes the audience claps and whistles . It's a memorable performance. Salute

#Kaabil – @iHrithik delivers a fantastic act. His expressions say it all. In many scenes he stands out despite not mouthing a single word- 5

Hearing amazing reviews from friends on #Kaabil. I am told this is a MUST WATCH. Looking forward to it. Best wishes @yamigautam @iHrithik 👍 pic.twitter.com/vWc1XjMcNb

#Kaabil is an intense film in the hands of a v passionate @_SanjayGupta & @iHrithik is dynamite. @rohitroy500 good 2 c u back in the zone

Bollywood publications have already allotted high rating to the thriller!

#BHReviewsKaabil: #KAABIL emerges as a motion picture that is visceral and intelligent at the same time.https://t.co/E0plZSQMhk pic.twitter.com/bkP95NNdl3

Kaabil is directed by Sanjay Gupta and stars Hrithik along with Yami Gautam! Rahul Dholkia’s Raees features the Khans of the subcontinent, India’s SRK along with the Pakistani haseena, Mahira Khan!

Now movie-buffs are getting excited to witness the gigantic box-office clash on January 25.  Who will emerge as a final winner is what we have to wait and watch!