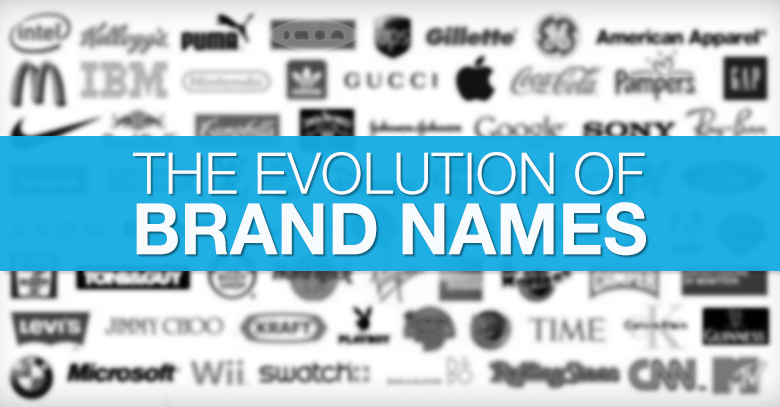 Back in the days when computer programs and branding agencies were not yet involved in the process of developing the brand, creating a brand name was generally equivalent to using the founder’s name in the company’s name tag.

Brands represented by the founder’s name such as Ford, Honda, Dell and McDonald’s are simple and authentic. However, they usually lack the substance to motivate and engage emotionally with their target prospects.

Furthermore, not every existing name is easy to pronounce, thereby becoming a disadvantage when the company aims for global expansion.

German founder Horch early foresaw this difficulty and chose the Latin translation of his last name for his brand. “Horch”, the German word for “hark” became the universally hard to mispronounce and easier to remember by the brand name Audi.

An ideal brand name should be memorable, easy and pleasant to pronounce, aligned with the company’s image, self-explanatory and should also represent the essence of the product.

Brand names that combine those criteria are descriptive, for example Volkswagen. The car manufacturer produces vehicles for the mass market with average income. The brand name means literally “people’s car” which sums up the manufacturer’s strategy in one single word.

Preferably a good brand name contains the product in the wording to be visually associated with its product; for example Swatch as a brand for a watch or Carmudi for a car portal.

Same as the name Vodafone, an abbreviation of “voice, data, phone”, three terms that refer to the core of the telecommunications company’s operation field.

In addition brands name should imply the distinguished feature of the offered products/services.

The name Coca Cola arose from the ingredients cola leaves and kola nuts. Coca Cola’s main competitor Pepsi had been inaugurated as Brad’s Drink but later renamed after its ingredient pepsin.

On the other hand, the name of the world’s largest convenience store chain 7-Eleven refers to its extended opening hours, a unique service at the time of its introduction.

Another approach in brand name creation is to select an evocative name. These names emphasize the emotional aspect rather than focusing on the product.

The associative reference is created with an existing meaning-laden term based on shared knowledge about culture, history, imagery etc. The reference works on multiple levels and can refer to both the company and the products.

Nike was named after the Greek goddess of victory. That symbolic figure added and activated associations of strength and determination to the sport apparel.

Oracle is another evocative, metaphorical brand name that elicits the ability to predict the future; a fitting name for the software company.

With the internet now firmly established as a major communication and distribution channel, initial contact with a brand often comes through online media.

Hence, the necessity of a unique and web-friendly domain has also become additional requirements for brand names.

Companies, especially those operating in the online field lean towards to whimsical names. Brands like Lamudi,Kaymu, Yahoo and Zalora give no indication about their services and products.

These names neither have a denotative nor a connotative meaning. However, they are distinctive and memorable.

They evoke a positive feeling solely by their phonetic and sound. Whimsical names come from branding experts’ mind and are subjected to extensive pretests with the target audiences before being launched.

Artificial nonsense names are unique and memorable. However, they are non-related to products hence challenging to establish as a successful brand name.

Although the above mentioned brands have followed different approaches in creating their brand name, they have however established themselves as popular and successful brands. At the end, the essence of the product decides its success.

Each brand has its unique identity and both its name and the way it is named reflects its identity.