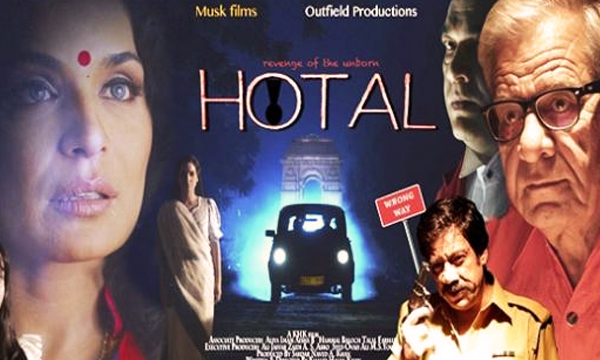 The much hyped Meera Jee’s Pakistani movie, Hotal suffered a disastrous opening week with just a Rs 0.5 million earnings. Pakistani movie ‘Hotal’ featuring Meera in a thrilling role failed to make a mark on the cinema screens in Pakistan.

The much-hyped horror flick only managed to earn 0.5 million rupees since its opening week. The film released on 8th May 2016. Written and directed under the Khalid Hasan Khan banner, the film Hotal revolves around a woman named Kashika and her sister who was never born.  The story started with the character of Meera rescuing a black cat from the cinema.

The film revolves around a Hotal’s staff adding both humour and horror to the narrative. The climax has beaten all the sanity and logic of the world. The film has received negative views and faced a disastrous opening week due to it’s unimpressive dialogues, no background music and no defining moment. The movie failed to impress the audiences to a wider scale.