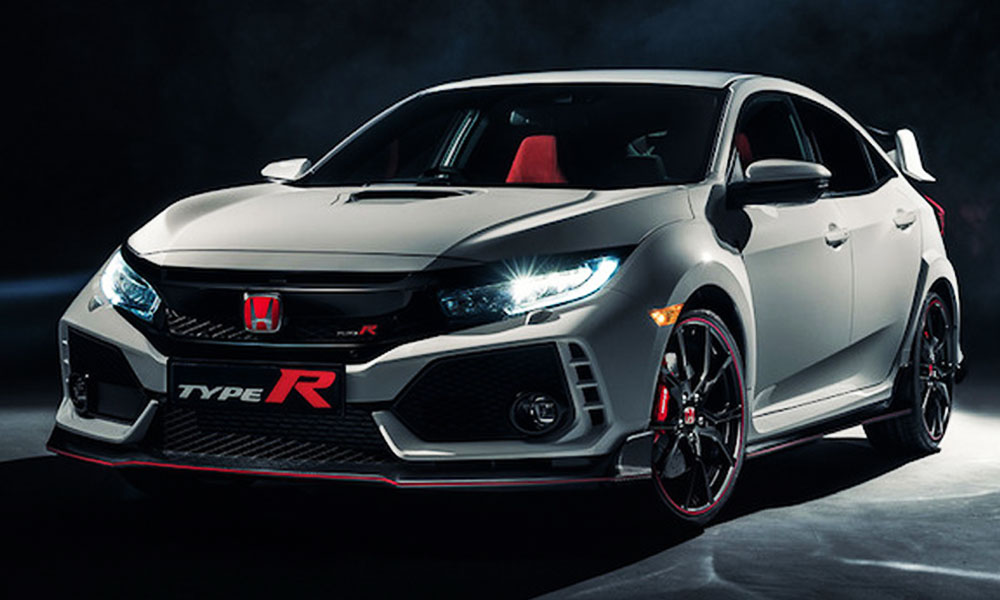 Honda Motor Company have introduced the company’s fastest car, Honda Civic Type R 2017 at the Geneva Motor Show 2017 showcase! The beast looks simply amazing in terms of first look, it is bad and is just waiting to be out on the roads!

The hot hatch from the east carries the new design and underpinnings from the tenth generation model, albeit with power tuned for mind-boggling performance, making it the quickest Civic ever.

It is equipped with some really attractive LED headlamps, gloss black grille, swept-up bonnet with the hood scoop.

It also has massive air intakes in the bumper are complemented by the lip spoiler and the flared wheel arches that accommodate those lightweight 20-inch alloy wheels wrapped in 245/30-serires ContiSportContact tyres. The rear is also a sight to see with a triple-spoiler look and stylish bumper!

The Honda  Civic Type R 2017 is equipped with a turbocharged 2.0 litre, four-cylinder engine that makes 315 bhp of power and 400 Nm of torque (European spec version). It also comes with a paired short throw 6-speed manual transmission with active rev matching.

Lighter on the Wheels

Honda says that has helped enhance steering response and cornering stability while mitigating body vibration and cabin noise on the hatch. Ultra-high strength steel has been used for 14% of the body structure, and the Type R has an aluminium hood, contributing to a 16 kg reduction in body weight. It is almost 7kg less than its predecessor!

According to NDTV, the Type R has a  7in touchscreen display with Apple CarPlay and Android Auto, amidst a few more creature comforts. The 2017 Honda Civic Type R will be assembled in Swindon, England with prices expected around $30,000.