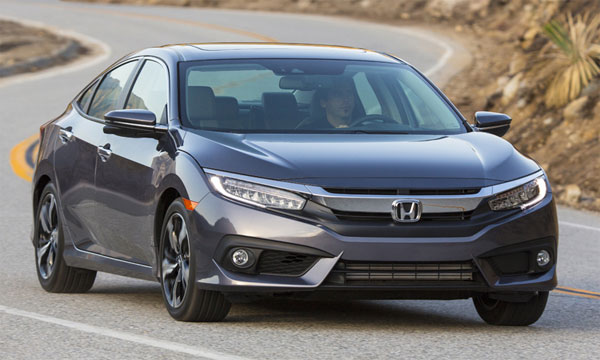 On the contrary to what had been reported earlier about the launch of the new Honda civic model by year end of 2016. Latest reports have came in and there is good new for Honda users, the car maybe launched earlier than expected.

Prebookings for the car at Rs.1 million have been started by Honda Atlas- the local Honda Japan affiliate. However, the official launch date is still not out and the company has been keeping it under wraps, Express Tribune reports. The news has put a positive effect on the company’s share prices at Pakistan Stock Exchange (PSX) as was expected with the announcement. The share price ended at Rs 322.45, up 5% or Rs 15.35.

“The early launch of the Civic model will help the company recover the lost ground it ceded to Toyota Corolla Grande,” said Sherman Securities analyst Sadiq Samin in an interview to a local newspaper.

“The current model has not been well-received and this is why its sales have been on a continuous decline. However, there has been a lot of public interest in this upcoming model which may help the company generate expected sales volumes,” he added. For the financial year (Apr-Mar) 2016, Honda Atlas has stated a net profit of Rs. 3.6 billion which is an increase of 12% compared to Rs. 3.2 billion in the previous year. The growth in sales is however attributed to increased sales of Honda City.