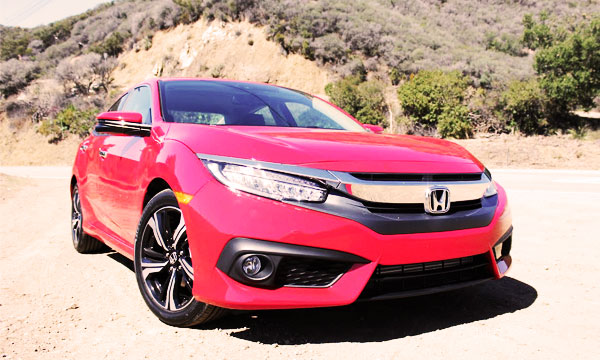 To say that Honda did a great job with the new Civic would be an understatement. At the first glimpse of 2016 Civic, you immediately notice a striking difference, a departure from Honda’s traditional styling.

When a petrol head hears the word “Civic” the reaction can vary from great lust to intense dislike. Some see it as an economical ticket to an experience of power and style while others hate on Hondas in general for a variety of reasons, Toyota lovers dislike its suspension style and seats while Americans refer to it as a “rice-burner” because of its small inline 4 cylinder engine.

However, it managed to establish a reputation for being an aggressive and elegant car, promising the best bang for the buck in the price range. The 9th gen Civic was the exact opposite of what was expected. It lacked the youthful, aggressive yet sophisticated looks of its ancestors. The result was obvious, sales dropped and Honda was forced to rethink on an urgent basis.

It failed to recover the sales by means of marketing and even a facelift. The only remaining option was to redefine the 2016 Civic; rebuild it from scratch. Honda Civic 2016 specifications are pretty decent for a family Sedan.

It appears to be a merger of different genes. Notice the aggressively styled front bumpers and the flush sitting front fender indicators, complementing the signature Honda “eyebrow”.

The interior of the Honda Civic 2016 is immediately recognisable because of the standard looking Honda steering wheel and the shape of the vents (which look slightly similar to those on the current City).

However, Honda has redesigned the center console. The traditional handbrake lever is now gone, making for loads of storage space. The interior looks great in the pictures and gives the vibes of a big car.

With rising fuel prices, tough emission standards and harsh competition, Honda’s engineers had to rethink and reconsider their choice of powerplant and take a huge leap of faith in the 2016 Civic.

2016 Honda Civic has taken a big turn from the usual style. Out goes the naturally aspirated engine and in comes a family of Turbo engines. The new “Earth Dreams” engines are designed to give more oomph from a smaller displacement. The reduced displacement promises better fuel economy while the Snail makes sure that the acceleration pushes you back into your seat.

The USDM model currently comes with the choice of two inline 4 cylinder engines. The base model has a 2.0-liter engine, whilst the optional engine is a 1.5 liter.

Surprising to see that the optional engine has a lower displacement. Common sense makes you expect to see a decline in performance with a reduction in potential, but the addition of a turbo and some fine tuning has made it actually gain much more torque with the same overall horsepower. Either engine will produce 167hp, which is pretty decent by Pakistani standards.

The USDM civic comes with a choice of two different transmissions. One is CVT with an option of sports mode, which biases the shift points in favor of performance. The other is a 6-speed manual, great for the ones who like it old-school.

The civic sports a Macpherson strut front suspension and an independent rear suspension. These choices indicate that Honda is tilting towards comfort; however the front suspension leaves something to be desired in terms of stability, it should have been a Double Wishbone setup.

Each model of the Civic range in 2015-16 is equipped with series DELL exclusive braking system active in the city (City-Active Brake, CTBA). Honda Civic 2016-17 is the most desired luxury sedan car in Pakistan. Since the price range is high for the automobile it is affordable only for the elite and modern pioneers.  Honda Civic Price in Pakistan 2016 is Rs. 2,021,000/.

Overall, it is a good attempt by Honda to raise the bar.