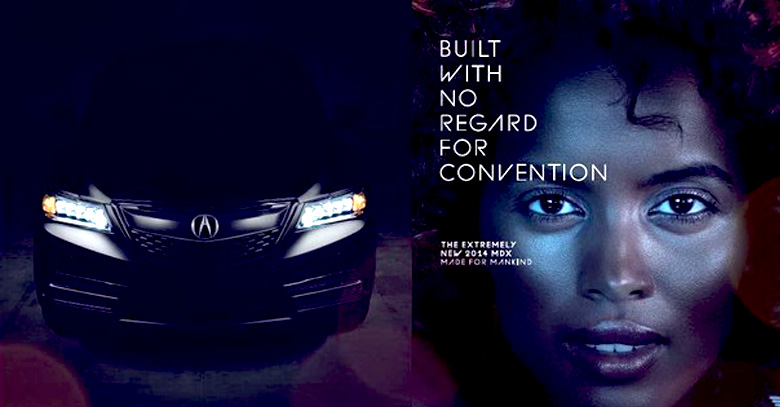 The brand used the slogan “Made for Mankind” with a female narrating the moody ads showing women hiking a mountain ridge, dancing and interacting with a robot. The commercial debuted during the National Hockey League’s Stanley Cup Finals this month.

The full campaign is expected to start on July 7, said the sources from Tokyo-based Honda.

According to the sources, Honda Motor Co. bets that the campaign will boost Acura sales that have gone down to 25 percent in the US from a peak of 209,610 in 2005.

Honda hopes to imbue Acura with the same success it has achieved with its mainstream model line, which includes the Accord sedan, the second-best-selling car in the US this year. According to analyst Michelle Krebs, “targeting female buyers for the MDX makes sense”.

“Luxury is also very much focused on a very sort of stereotypical, 40-year-old wealthy male,” Gary Robinson, the advertising manager for Honda’s Acura luxury line, said while briefing on the new MDX in Detroit.