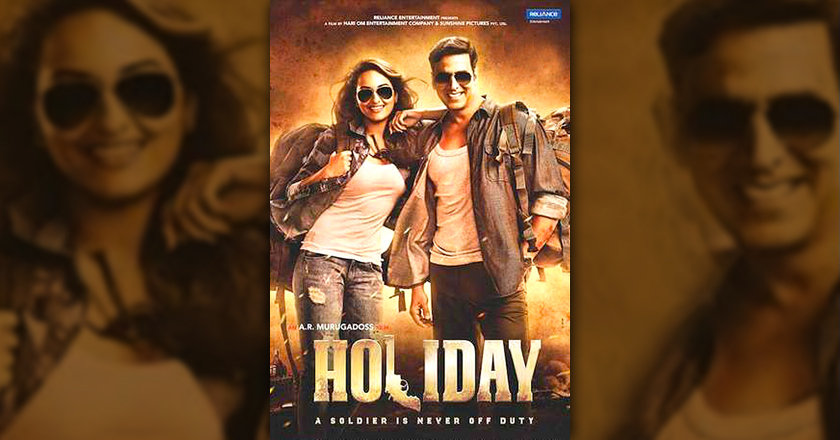 Akshay Kumar starrer, Bollywood’s latest action thriller movie Holiday has done what no other Bollywood movie could do!

The movie, based on the life of Indian army man is the first ever Bollywood movie on this subject to be released in Pakistan.

Many Bollywood mainstream starrer movies including Agent Vinod, Gaddar, Border and Veer Zaara were not officially released in Pakistan on the grounds that these movies were anti-Pakistan.

Directed by A.R. Murugadoss, the film stars Akshay Kumar and Sonakshi Sinha and is based on an Indian army officer. Although, the movie will be shown in major theatres of Pakistan but, certain scenes have been edited to make it a suitable watch for Pakistani audience.

“It is a great start to a relationship between the two countries. Traditionally, talent from Pakistan would come down to India, but this would be the first time that an Indian film based on an army officer would be ¬releasing in Pakistan. It is not only good for relations, but also for the business between the countries. I congratulate both the countries on this step,” says the film’s producer, Vipul Shah.

With his witty comic timings and stardom, Akshay Kumar has gathered a strong fan following in Pakistan. The movie is said to be much in demand thus, Pakistanis will now have some time off from the usual law and order drama to have some fun family time at the theaters.