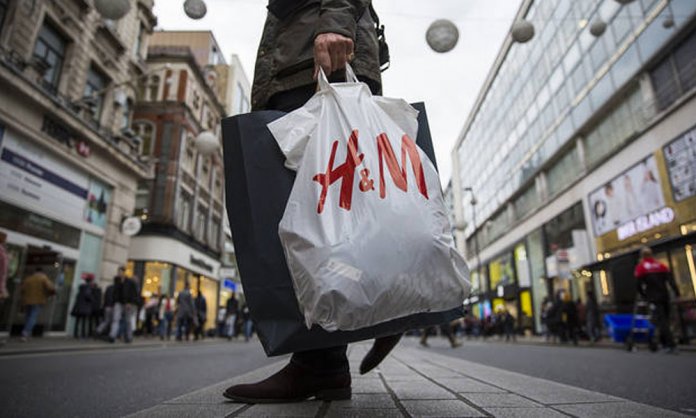 Swedish ready-to-wear giant Hennes and Mauritz (H&M) on Thursday said profits fell in the second quarter as too much stock, triggered by logistics problems, pulled prices further down amid declining sales in key markets.

H&M’s net profit fell by 21 percent to 4.6 billion kronor (446 million euros, $515 million) from March to May, burdened by the transition of its logistics system to make the supply chain faster.

“These transitions are complicated and can result in temporary interruptions, as unfortunately occurred during the second quarter in some of our major sales markets,” H&M CEO Karl-Johan Persson said in a statement.

“Total sales for the quarter were not satisfactory, which meant that inventory levels were still too high at the end of the period,” he added.

Sales in the US, Germany and France, the company’s three largest markers, fell by 13 percent, two percent and five percent, respectively.

“Things are looking tough for H&m…Karl-Johan Persson keeps reiterating that the tide will turn but today’s report shows it’s not the case,” Joakim Bornold, an economist at Nordnet bank, told AFP.

Christopher Lyrhem, an equity strategist at the Swedish SEB bank, said some investors were covering short positions they had taken in H&M stock before the announcement, which could explain the sharp rise.

But the effect was working only in the short term, and it was not certain that “major buyers” were investing in H&M shares, he told AFP.

Turnover rose by 1.5 percent to 60.4 billion kronor, thanks to dynamic sales in Northern and Eastern Europe.

“The only positive thing I can highlight about today’s report is that it could have been worse,” Joakim Bornold said.

Year-on-year, inventories rose by 13 percent, a proportion the group described as “too high” and attributed to imbalances in the range of shops.

H&M said it would seek to correct this during the third quarter sales period, which would lead to additional discounts.

“The inventory is large because of fashion mishaps but also logistics and distribution problems which are more serious,” Bornold said.

“We are transitioning our logistics systems to make our supply chain even faster, more flexible and more efficient,” Persson said.

While expanding its online offering, H&M continues to open stores in new markets including Ukraine and Uruguay in 2018 and Bosnia and Herzegovina in 2019. The group has 4,801 stores worldwide.

Nordnet’s Bornold said it would be necessary to close old, unprofitable shops. In the first half of the year, 65 stores closed.

H&M remains the brand’s flagship brand and most new openings will be under this name.

The group also operates Cos, & Other Stories, Monki, Weekday and Cheap Monday stores, whose sales are growing both online and in stores.

“Everyone is wondering why they’re opening so many stores? One should ask why they’re not closing more?” Bornold said.