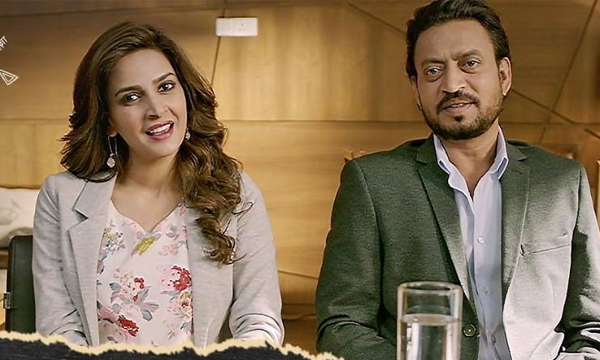 Hindi Medium movie reviews have started pouring in and as expected, Saba Qamar’s Bollywood debut has created an uproar at India’s box-office. The flick has paved its way in Indian cinemas today and movie-buffs are flocking the cinema to watch the potential blockbuster.

Of course, B-town’s critics are lauding the acting guru, Irrfan Khan. But even Saba Qamar’s praiseworthy mentions in various reviews proves the starlet has floored India. The Pakistani actress has played her part well as the wife of Khan. Her performance appears to be on-point in the rom-com. What is more, she has ample screen time in the movie, unlike Mahira Khan whose various scenes were chopped off in Raees.

Already, cinema-goers are choosing Hindi Medium over Shraddha and Arjun Kapoor’s Half-Girlfriend. However, it is being predicted that Hindi Medium might even defeat Bahubali 2, who is mining massive moolah at the box-office.

See what Bollywood critics and publications are saying about Hindi Medium

#HindiMedium looks at the education system… A relevant and topical film… Makes you laugh, makes you emotional… Truly heartwarming!

Dear Irrfan, is there any character you cannot portray? Such brilliance and versatility is rare. You sparkle yet again in #HindiMedium…

Kudos to Saba for her stellar debut in India.