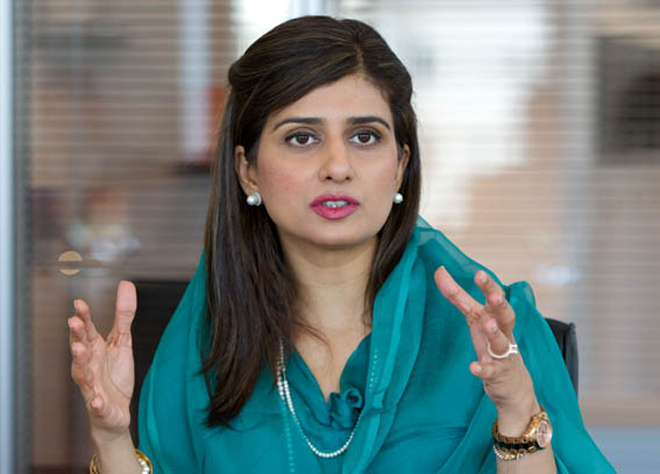 Bollywood actress Divya Dutta will be channeling the avatar of Hina Rabbani Khar in her upcoming Bollywood movie ‘Irada’. A thriller based on social issues, ‘Irada‘ also features Naseeruddin Shah and Arshad Warsi.

Divya Dutta will be playing an Indian politician, Ramandeep, whose mannerisms and dressing style is inspired by Pakistan’s former foreign minister Hina Rabbani Khar. “Although it wasn’t deliberate, the look is really attractive and yes, has similarities to the way Hina dressed and conducted herself,” the 38-year-old actor told The Times of India.

Divya added that she received a great response on sets when she dressed up and styled herself as the former Pakistani foreign Minister; many people compared her to Hina Rabbani Khar and told her how she resembled her.

Speaking about her character in the movie, she said: “Ramandeep is a Punjabi woman of grit and determination who is alternatively loud and subtle. It didn’t require much prep because the directors Aparna Singh and Nishant Tripathi knew exactly what they wanted. I simply followed their vision.”

The Indian media went abuzz with Hina Rabbani Khar’s style and fashion choices when she visited the country during her tenure in 2011. She was greeted with flattering headlines, with her photos grabbing the front pages of most Indian newspapers.