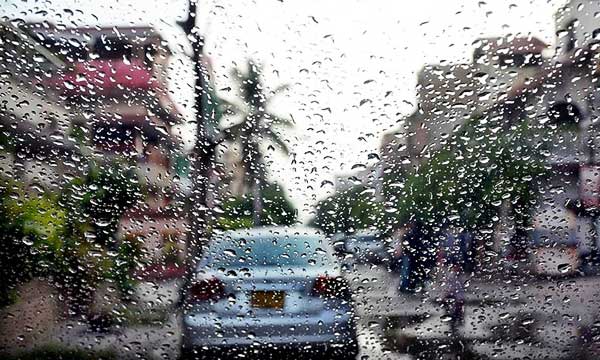 UPDATE: A weather update by Samaa news reveals that a round of rain is about to kickstart again from the upcoming week in various parts of Pakistan. Consequently, Karachi and Balochistan need to gear up for another bout of strong winter winds.

According to the report, the MET department has revealed the heavy rainfall is likely to hit Karachi and other parts of the nation.

“The Met Office has forecasted another 2-3 rainy spell in Karachi this month,” said DG Met Muhammad Hanif to Geo News.

According to Pakistan Meteorological Department (PMD), maximum rain in Karachi was recorded 41 mm at PAF Masroor 41, followed by 25 mm in North Nazimabad.

Now that winters have finally hit Karachi, various weather reports reveal that a spell of rain is likely to grace the city of lights by Friday! According to ARY News,  Pakistan Meteorological Department (PMD) predicted rainfall in Karachi this Friday.

According to Accweather.com, the metropolis will be experiencing rain in the city with temperature going down as low as 13-degree celsius.

A similar report is stated by weather.com

Winter winds are expected to continue in the city throughout January, as revealed by ARY News.

Seems like chances are bright for rain in the City of Lights!  Let’s keep our fingers crossed!