Home Entertainment Celebrities Hassan Ali & Samiya Arzoo are having a Ball on their First...
Advertisement 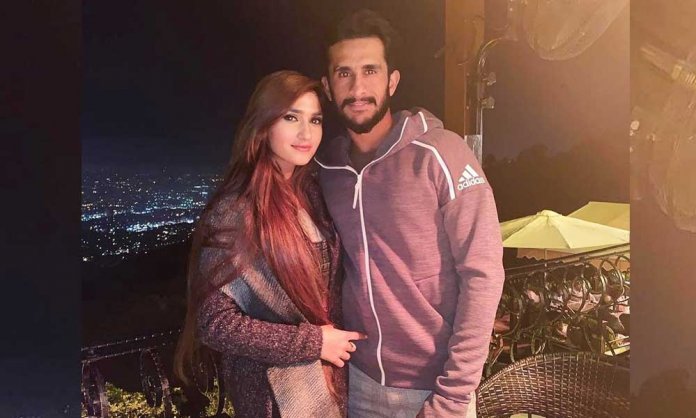 Cricketer Hassan Ali tied the knot with the love of his life, Samiya Arzoo, on 20th August in Dubai.

Hassan is a Pakistani while Samiya is an Indian-Muslim who’s from Dubai and spent her entire life there, but her family belongs to Haryana, India.

Even before the wedding ceremony took place in Dubai, several photos and videos took social media by storm and all the fans celebrated the wedding in their own little way since this was yet another step towards better Pak-Indo relationships.

Furthermore, the couple has gone viral on the internet yet again. Samia visited her husband’s homeland (Pakistan) for the first time and there’s no surprise that the new bride is having a ball.

Samiya and Hassan recently took Instagram to share some adorable pictures of her meeting her in-laws and seeing Hassan’s home in Gujranwala along with and many other cities of Pakistan for the first time.

The couple is given a warm welcome by the family members

The couple also took a trip to Faisal Mosque

Have a look these two lovebirds enjoying at Monal

Here’s another shot of the newlyweds in Islamabad

Aren’t these pictures simply delightful? Looks like the duo is really savoring every moment in Pakistan. As reported earlier, Shamia, 26, is from Haryana. She is a flight engineer with Emirates Airlines, while her family members are settled in New Delhi.

Hassan has now become the fourth Pakistani cricketer to get married to an Indian girl, after Zaheer Abbas, Mohsin Khan, and Shoaib Malik.

Let us know what you all think of this share your thoughts in the comments below.