Home Entertainment Hassan Ali Comes up with a Befitting Response to Indian Media on...
Advertisement 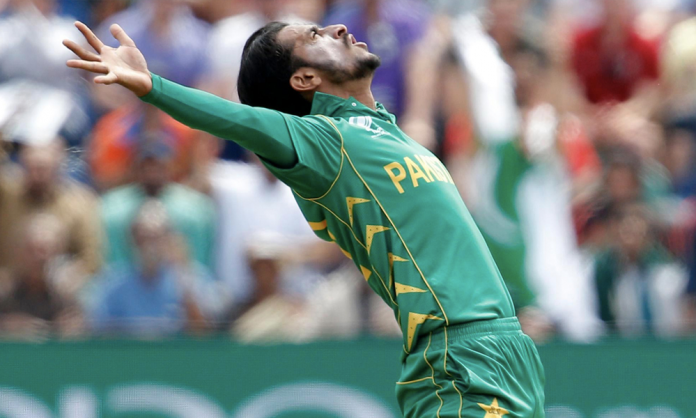 Hassan Ali was all over the internet for walking the ramp at Pantene HUM Bridal Couture Week. His fans didn’t take it lightly and were upset that the star player who is on rest for rib injuries was seen walking the ramp for designer Humayun Alamgir.

The first to criticize Hassan were Indian publications who accused him of faking his injuries. Some of the names to spread the news were actually frontline media publications!

Check out his ramp debut in this video

One of the news websites published a video of Hassan walking the ramp stating, ‘Video: Fans of Hasan Ali who was out of the team after making a false excuse for breaking the rib, know what is the whole reason’.

Translation: “For your information, I have recovered 60-70%. My fans are there to worry about me thus you should not bother yourself with that.”

Pakistani Pacer retorted with a concise and to the point reply. He even supported his fans for the concerns they have for his health.

The fans also jumped in support of Hassan!

Great reply! A 👋 on the face of 2 takky k News channel! Well Done 👍

This one is actually on point

This one thinks Hassan’s wife has written the tweet!

Well, we are proud of players and we appreciate him standing up for himself! Way to go Hassan. Do you agree with Hassan’s reply ?

Stay tuned to Brandsynario to know all the latest updates!