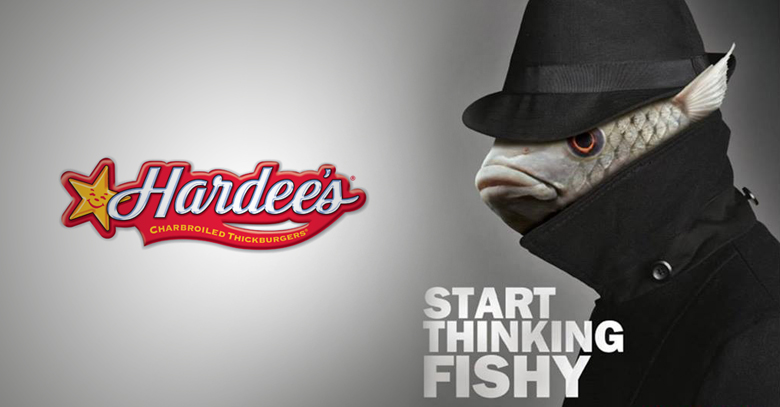 A Hardee’s advertisement on Advertistan’s Facebook page, stating “Star Thinking Fishy”, created uproar in Pakistan. As many know what could the not-so-subliminal tagline means, quite a few are left wondering if Hardee’s will introduce their Char-boiled Atlantic cod sandwich or another variant.

Hardee’s is known for coming up with double-meaning taglines in their promotions, especially in Pakistan. Hardee’s used taglines such as “Un-buckle Your Belt” for the Angus Thickburgers.

The recent print ad, “Start Thinking fishy”, was designed by Creative agency Firebolt63 and it has not yet been released officially by Hardee’s.

Hardee’s new fish burger will compete with the likes of McDonald’s Fillet O’ Fish Burger and KFC’s Fish Zinger. With such less competition, let’s hope Hardee’s offering manages to attract more people towards itself than what its competitors have achieved so far.