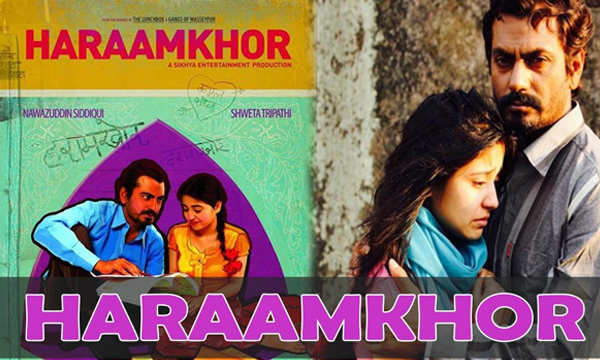 After Udta Punjab, another one of Anurag Kashyap’s movie facing trouble with the censor board is Haraamkhor. The bollywood director and producer Anurag Kashyap is known for making controversial yet captivating movies that leave a mark on the viewers.

While the Udta Punjab issue got resolved, another one of Anurag’s movie, Haraamkhor is being stalled by Censor Board for an objectionable topic depicting ‘an extra marital relationship of a teacher with his 14-year old student’. Although the movie gained a lot of international acknowledgement and Nawazuddin Siddiqui even received the best actor award at the 15th New York Indian Film Festival, the movie is still receiving backlash from the Indian censor board.

CBFC claims the movie theme as questionable, portraying the teacher-student relationship in bad light. One of the producers of the movie, Guneet Monga said,

“This sort of thing happens, and the movie has screened in Mumbai, it has won awards and accolades in many places around the world and people have connected with it.” She further added: “It’s a small, mostly crowdfunded film, we don’t have the resources to go and fight this out in the courts.”

This year, Udta Punjab faced censorship issues owed the use of abusive language and overuse of drugs, Anurag Kashyap had to cut most of the controversial scenes in order to get the ban lifted.

Many Bollywood directors showed their support saying that it prevents them from freedom of speech and a right to depict the modern Indian society.

The movie was given an “A” certification by the Central Board of Film Certification meaning that its limited to adult viewership only and that it will not be aired on any TV channel.

Whatever the result maybe, we hope that the audiences someday have a say in what movies they want to watch.

Udta Punjab Movie Not Releasing in Pakistan: Withheld by CBFC