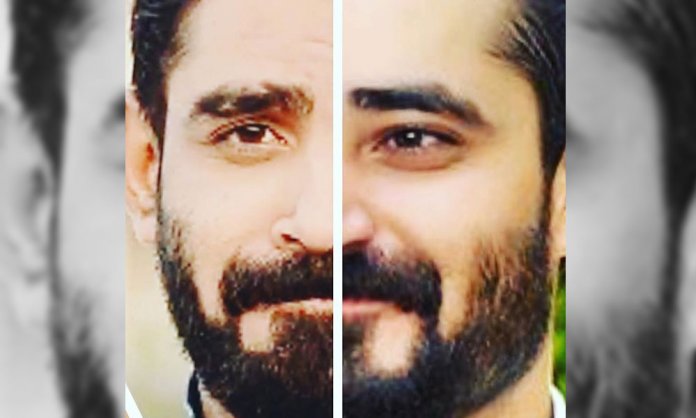 Recently, Hamza Ali Abbasi sent his fans in a state of concern after his latest tweet suggested he might be quitting the entertainment industry.

While some people said it’s great and he should strictly stick to politics now, others thought he’s a great actor and the industry needs him.

It’s still unclear if he will or will not leave his acting career.

However, Pakistanis have found Hamza’s lookalike who can fill in his shoes in case he does.

Yasir Ammar from Mianwali looks a lot like Hamza and is, in fact, currently working as an actor and model himself with a 13.4k fan following on Instagram.

Yasir starred as a supporting actor in Hum TV’s serial “Log Kya Kahen Gay“. He was also the main character in a telefilm “Haqeeqat” that aired on 92 news.

He has a lot of new and exciting projects coming up which include PTV’s new serial “Baarish Me Aag” that will air soon.

This isn’t the first time a known celebrity has found its lookalike in Pakistan. Even Hollywood star, Peter Dinklage’s lookalike was discovered in Rawalpindi.