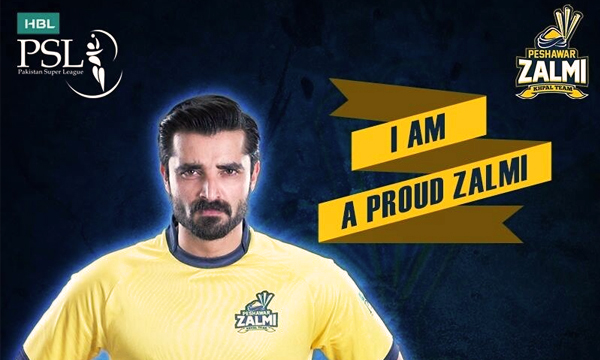 With the Karachi Kings getting most of the Pakistani celebrities to endorse them, Hamza Ali Abbasi and Humaima Malik stands out of the crowd by supporting Peshawar Zalmi. The social media military man and the sultry starlet posted their picture on social media, all decked out in a yellow Peshawar Zalmi t-shirt.

See their posts below:

Owned by Javed Afridi of Haier Pakistan, the team is dedicated to the APS Peshawar Martyrs.

Boom Boom Afridi is to lead the team under the coaching of Muhammad Akram. Batting consultant for Peshawar Zalmi in the upcoming PSL 2016 season is the former Zimbabwe player, Andy Flower.  The team is also known as PZ.

Apart from Captain Shahid Afridi, Kamran Akmal, Mohammad Hafeez, Dareen Sammy, Brad Hodge, Tamim Iqbal and Chris Jordan are amongst national and foreign players to be included in the squad.