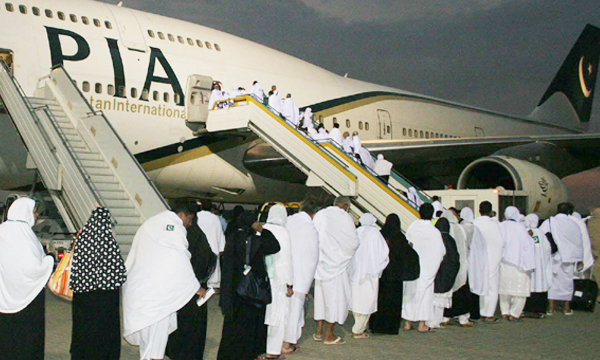 All the passenger pilgrims were seen off by the Minister for Religious Affairs, Sardar Muhammad Yousuf who congratulated the hajjis and ensured that all possible arrangements have been done for the provision of best facilities throughout their holy voyage.

Earlier, Pakistan International Airline (PIA) had released the schedule of Hajj 2016 flights.  Kick starting from August 4, 2016, around 50, 000 pilgrims will travel to Saudi Arabia via Hajj operation consisting of 120 flights.

60 flights will be scheduled for Jeddah and the remaining half will leave for Medina.

The flight operation will continue till September 5, while pilgrims will start to return to Pakistan from September 17, 2016.

This year, around 143,368 Pakistanis will perform Hajj. Around 50% will travel to Saudi Arabia through government scheme and remaining through various private schemes.

Stay tuned to Brandsyanrio for more updates on Hajj 2016.