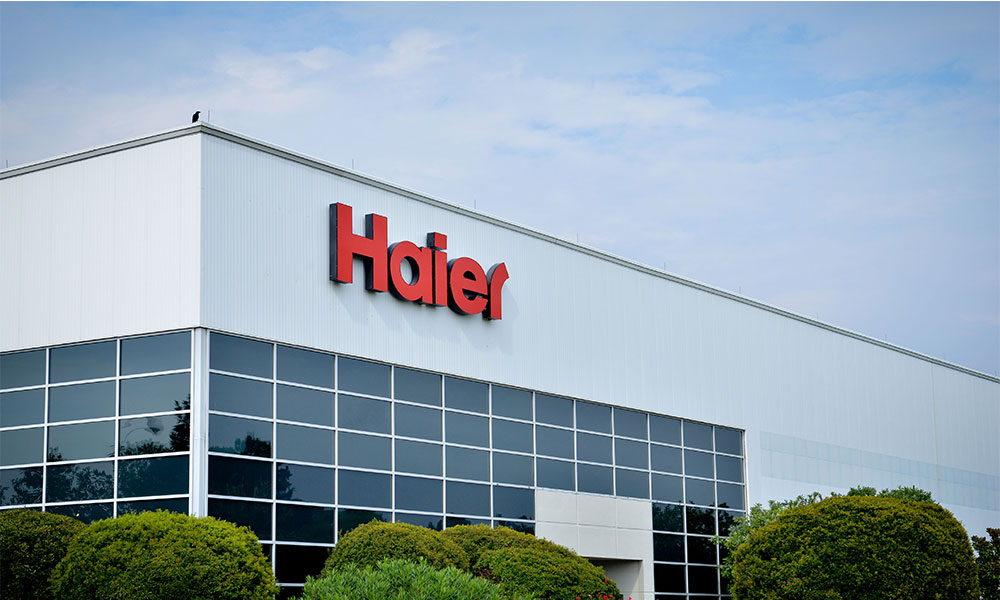 US industrial giant General Electric will sell its appliances business to China’s Haier Group for $5.4 billion, it said Friday, in one of the largest Chinese acquisitions of an American firm yet.

The transaction epitomises the changing nature of the global economy, with a 100-year-old US company selling what was once one of its core units to a Chinese upstart that emerged from a refrigerator factory that was nearly bankrupt 30 years ago.

Haier is seeking to establish itself as a global brand, while China is looking to re-balance its economy more towards consumption and away from the infrastructure and investment-driven model of the past. The Chinese firm was “committed to growing the business globally”, GE chairman and CEO Jeff Immelt said in a statement, calling the agreement “a good deal which will benefit our investors, customers and employees”.

GE had previously been due to sell the unit to Swedish rival manufacturer Electrolux for $3.3 billion, but the deal ran into opposition from US competition authorities.

Haier Group is China’s second largest electronics manufacturer, and emerged from the Qingdao Refrigerator Factory, in the eastern port of the same name, which its CEO Zhang Ruimin was appointed to run in the mid-1980s.

Zhang is renowned for his reaction to a customer complaint, when he examined the firm’s warehouse and found 76 fridges out of more than 400 in stock were substandard.

He ordered the personnel to smash them to pieces, personally leading the destruction with a hammer.

“If I allow the 76 fridges to be sold, it would imply that I would allow 760 or even 7,600 such substandard fridges to be produced tomorrow,” he was quoted as saying by the official news agency Xinhua.

The tool Zhang wielded is now in a national museum, Xinhua said.

Haier’s methods have been studied in business schools including Harvard, but its exact ownership structure remains opaque.

Officially, the group is divided into several units which are collectively owned. It has two quoted subsidiaries, Haier Electronics in Hong Kong and Qingdao Haier in Shanghai — which is the vehicle for the GE acquisition.

Haier has close ties to the ruling Communist Party, and Zhang Ruimin an alternate member of the party’s elite central committee.

The deal is the latest major Chinese acquisition of a US company, and comes in the same week that Wanda Group, founded by China’s richest man Wang Jianlin, acquired Hollywood studio Legendary Entertainment for $3.5 billion.

Haier says it is the world’s biggest large household appliance brand, with a 10.2 percent global market share, and also has businesses in communications, logistics, finance and real estate.

It had a global turnover of 200.7 billion yuan ($30.47 billion) and total profit of 15 billion yuan in 2014, according to its website, with activities and customers across 100 countries and regions.

But it had just a one percent share of the US consumer appliance market in 2015, the state-run China Daily cited market analysts Euromonitor as saying.

The GE deal will boost Haier’s ambitions of becoming a “world brand”.

“The deal will create more diversified and better quality home appliance products for world consumers that better suit their needs,” it said in a statement to the Shanghai Stock Exchange on Friday.

Qingdao Haier’s shares have been suspended from trading since October pending news of major corporate transactions.

After the Electrolux transaction fell through, a sale to an Asian buyer is seen as more likely to get regulatory approval, reports say, as Asian competitors in the industry generally have lower market shares.

Chinese companies, often with state links, have been stepping up their acquisitions of foreign firms in recent years as growth in the domestic economy slows.

“It may be a step for the Chinese company to build up an international network, while its overseas exposure now is still small,” Andrew Song, an analyst in Guotai Junan Securities Co., told Bloomberg News before the announcement.