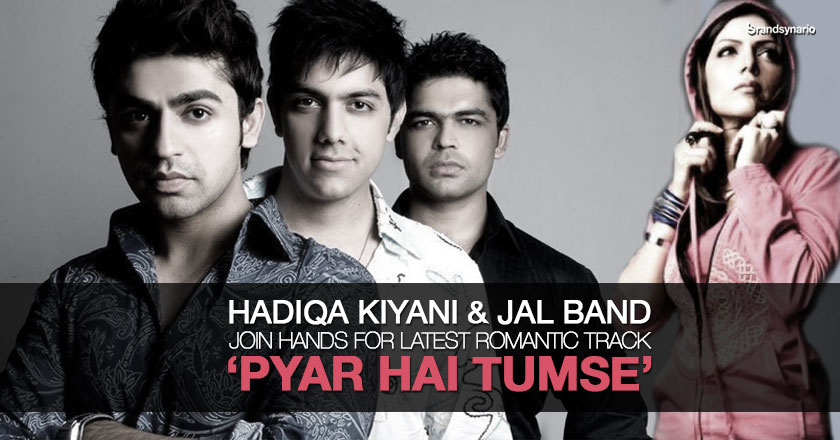 After judging one of the most renowned Pakistani reality shows, Hadiqa Kiyani is back with a duet with Gauhar Mumtaz of Jal-The Band.

The melodious track, titled “Pyar hai tumse”is an OST of a drama serial “Uff Ye Muhabbat” which will be aired on Geo Television.  Gauhar, the lead singer of the band is also playing the lead role in the serial.

Both the singers come from strong singing backgrounds and have been working in the industry for quite a while.

Kiyani became famous in the late 90s with her song “Dupatta”. Since then, she has sung many successful tracks and has made a name for herself in Pakistan’s music industry.

Before ‘PyarHaiTumse’, Hadiqa has sung the OST of our all-time favorite drama serial “Zindagi Gulzaa rHai”.

Meanwhile, apart from singing, Gauhar has been testing his acting skills in the drama serial “Tanhai”.

Here is Gauhar’s and Hadiqa’s recent song, do listen to it and share your views in the comment box below.