Home Pakistan Gwadar Port To Be Operational By 2017
Advertisement 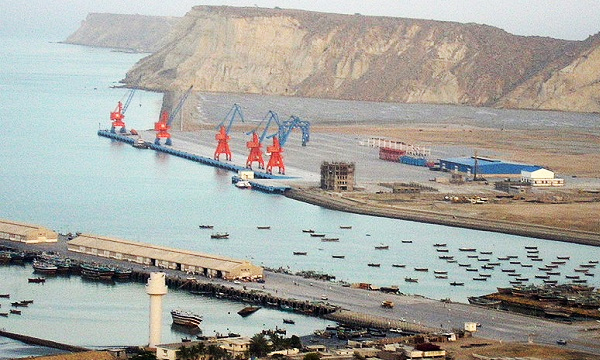 A multi-million dollar port being developed by China in Pakistan is set to be at “full operation” by the end of the year, a Chinese official said Tuesday, part of Beijing’s ambitious economic plans in the region.

Gwadar port, on Pakistan‘s southwest coast, will see roughly one million tonnes of cargo going through it by 2017, said Zhang Baozhong, chairman of the Chinese public company in charge of the development.

Current trade there is “basically nothing”, he told reporters on the sidelines of a seminar about the port’s development Tuesday.

“We hope a big jump will take place… Our dream is to make Gwadar a regional trading centre,” he said.

Gwadar, in Balochistan province, forms what officials call the “heart” of the ChinaPakistan Economic Corridor, a grand $46 billion project giving Beijing greater access to the Middle East, Africa, and Europe through Pakistan.

The port was built in 2007 with technical help from Beijing as well as Chinese financial assistance of about $248 million.

Zhang said the tonnage will initially comprise “quite a number” of construction materials for the city’s development, which Pakistani officials envision turning into another Dubai.

Exports will at first focus on the local fishing industry, he said, with a modern processing plant planned for the area, though he would not give a timeline for the plant.

“We shall try to process it here… So that the locals can benefit,” he told reporters after the seminar.

Desperately poor Balochistan has been roiled since 2004 by a separatist insurgency aimed at seeking greater control over the province’s resources.

Some Baloch nationalists have accused the Chinese of conspiring with the Pakistani elite to plunder the province while doing little to share profits and create jobs for local people.