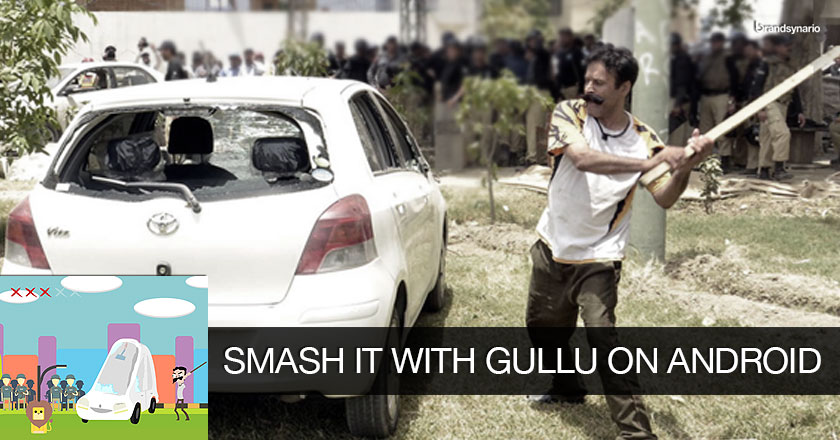 Beware when creating a scene out on the road; you might be the next game in town. Pakistan is full of ridiculously exciting adventures but Gullu has taken things to the next level.

Who knew that just a thug who liked to break cars and create scene on the road of Model Colony Lahore will get a whole game featured about himself.

Gullu Butt is not only a popular icon for all the thugs out there but is also one of the first Pakistani’s who have an android game named after them.

The android based app by the name of “Gullu” features a cartoonish representation of Mr. Gullu smashing up car windows by help of a stick.

After breaking, the player is asked to pick up the pieces in order to increase his/her score, a criticism in its own-self.

The android app can be found on Google Play Store.

As this is the first social media criticism of its kind, Gullu app has received much praise – not for its poor interface and neither for a cat like lion in background – but for making a simple event a digitally hilarious and memorable one.

No doubt Pakistani nation has become used to stress and sadness as a part of their lives. Such eventful entertainment like the one Gullu provided, are thus a sense of joy for them.

The numerous tweets depicting events funny side are a proof of it, have a look: