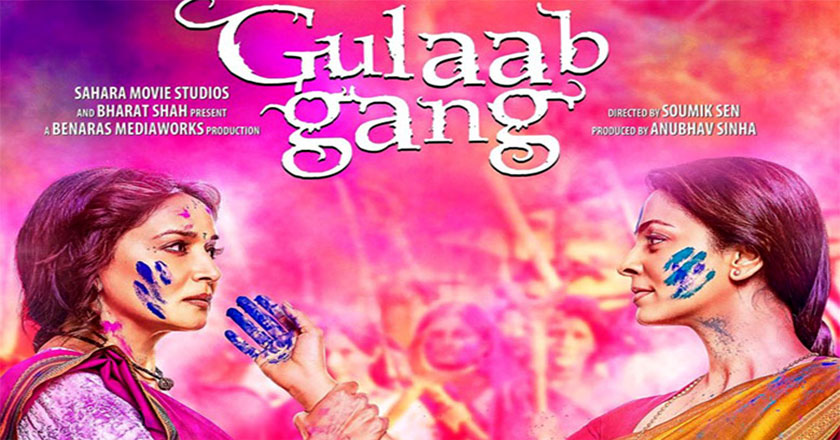 Filmmaker Anubhav Sinha is more than ecstatic at the massive response to the ‘first look’ of his forthcoming venture “Gulaab Gang”, which stars two of the most graceful ladies of yesteryear Juhi Chawla (Miss India 1984) and Madhuri Dixit famous as the goddess of Dance in Bollywood.

Sinha, ‘raised the toast’ on his official twitter, to the amazing progress of the trailer which was released on January 10.

Sinha tweets, “Is it okay to raise a toast in the afternoon? A toast to 1.5 million YouTube views of ‘Gulaab Gang’ trailer in four days,”

‘Gulaab Gang’ is a cinematic tale of a fearless woman who fights against social injustice, creating a sanctuary for abused women and battling crooked politicians. Madhuri plays the lead role of ‘Rajjo’ in the movie, with a fiery avatar with never seen before action sequences, whereas Juhi Chawla plays the role of the corrupt politician.

Directed by Soumik Sen, the movie is co-produced by Sahara Movie Studios and Bharat Shah and will hit screens all across India on  March 7, 2014.