Home Entertainment Celebrities Gul Makai: Malala Yousafzai’s Biopic to Get a Special Screening at the...
Advertisement 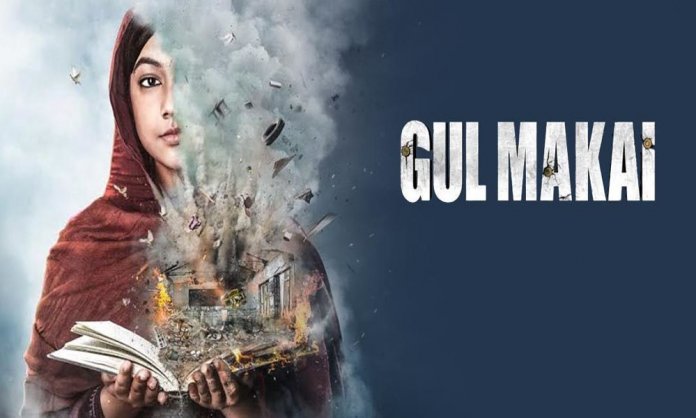 Directed by Amjad Ali, the screening of this unofficial biopic will take place in London and will be screened for 450 dignitaries from across the world.

Members of Pakistani, Indian and British High Commission will attend the screening along with members of the United Nations and Intergovernmental Institution for the use of Micro-algae Spirulina Against Malnutrition (IIMSAM).

According to media reports, Youngest Nobel Peace Prize Laureate, Malala Yousafzai will also be present there with her parents, Ziauddin Yousafzai and Toor Pekai.

The director of Gul Makai, Amjad Ali shared his excitement for this upcoming screening. He shared in a statement:

Amjad Ali revealed that Gul Makai is his tribute to Malala for being a young inspiration to the world and for everything she has achieved in her life.

I had to really push a lot as is usually the case. I even managed to get them to agree to us using the UN and IIMSAM logos in the mm which is a privilege. This is the first time they have organized an event like this -Director of Gul Makai

#Malala Yousafzai's biopic Gul Makai is getting a special screening organised by the United Nations. pic.twitter.com/2EvXXTFTpC

Gul Makai was the fictitious name used by Malala Yousafzai when she used to write blogs about her life in the Swat valley for BBC Urdu.

Actress Reem Shaikh will play Malala’s character in the film. It will also marks the last film of veteran Bollywood actor, Om Puri, who will be seen in an important role. The cast also includes Divya Dutta, Atul Kulkarni, Mukesh Rishi, and Pankaj Tripathi amongst others.

The screening of this biopic is also on the cards at the UN Headquarters in New York in February 2019, after it gets screened in London. The film is expected to be released in India in April.

Apple to Collaborate with Malala Yousafzai to Educate Girls