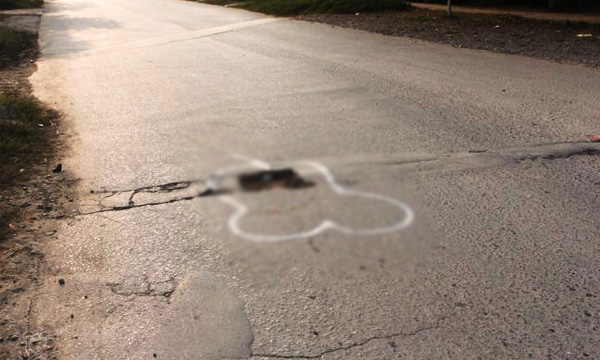 A mystery artist in Pakistan is drawing the images of male private parts over roads in Islamabad. Islamabad’s roads, riddled with potholes, now proudly display male private parts. The drawings highlight the potholes, bringing attention to the fact that they should be filled.

It seems the unnamed graffiti artist has taken matters into his own hands when the municipal government refused to respond to pleas. While Pakistan’s roads suffer from millions of potholes, it is yet to see if this tactic will work on the local government.

Someone has marked every pothole with a penis on a road near me in #Islamabad #Pakistan pic.twitter.com/FGHAhUXS4I

It is often deemed difficult to get the city to dispatch repair people to fix potholes, but it’s almost universally true that they can’t seem to send workers to get rid of “obscene” graffiti fast enough.

Nobody knows who drew the graffiti on the roads, but it is certain that the Pakistani artist seems to have taken his inspiration from the Manchester man known as “Wanksy,” who successfully used the tactic to force the local councils to fill the potholes.

The method seemed to have worked in Manchester, where authorities fixed the potholes within 48-hours. Will it have the same result in Pakistan?