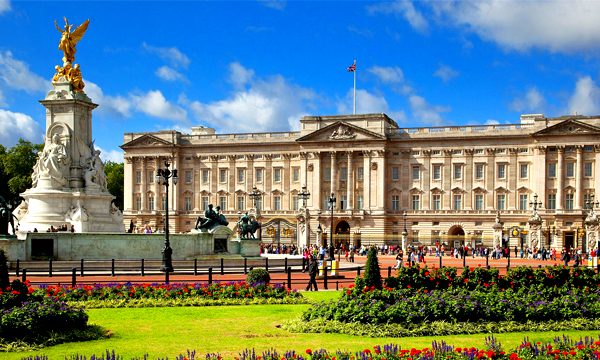 Web surfers will be able to peek into the gilded interiors of Queen Elizabeth II’s home in a new virtual reality tour launched by Google on Wednesday.

Buckingham Palace, the queen’s primary residence, has opened its doors to the tech giant for 360-degree photos of some of its richly-decorated rooms.

The tour can be viewed on a computer or in 3D on a mobile phone through the official British Monarchy YouTube channel — one of several digital initiatives adopted by the royal household in recent years. Visitors are welcomed by a virtual Master of the Household and then guided by curator Anna Reynolds through lavish chambers including the Throne Room.

At the end of the video, which lasts around 10 minutes, virtual visitors are also shown a secret door through which the queen arrives at receptions.

The programme is intended for schoolchildren and was created under Google’s Expedition programme.

Instead of having a virtual guide, teachers dictate the tour and highlight interesting topics for pupils.

“For schoolchildren, Buckingham Palace is one of the most iconic, magical buildings in the world,” said Jemima Rellie, director of content at the Royal Collection Trust which worked together with Google.

Jennifer Holland, Expedition’s programme manager, launched the tour at an event in London with pupils from a school in east London.

“We asked them if you could go anywhere in the world where would you want to go and they replied -Buckingham Palace,” she said.

The photos for the tour were taken last week with a 16-camera rig placed in a circle.

The virtual tour will also be available through the official British Monarchy YouTube channel.