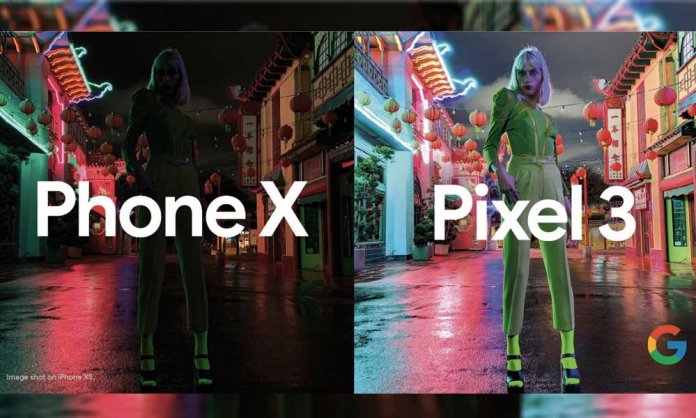 Brands and manufacturers have trolled each other and their audiences time and time over. Apple trolls Samsung, Huawei trolls Xiaomi, Samsung hits back at Apple, it’s like a never-ending chain.

Recently, Google took a dig at iPhone users under their new campaign ‘Night Sight’. The tech-giant is promoting the Google Pixel 3‘s Night Sight abilities, which is a camera feature that uses AI to take photos in low-light settings with very impressive results.

Marvin Chow, VP Product Marketing at Google shared an image of the camera results of the iPhone X and Google Pixel 3, with the caption ‘Night Sight on Google Pixel3 — pretty much speaks for itself #teampixel’

Night Sight on Google Pixel3 — pretty much speaks for itself 💥 #teampixel pic.twitter.com/ao0Yi2W2Sq

It is rumored that other manufacturers like Samsung are also ‘inspired’ by the Night Sight feature and will be bringing something similar to it with the Galaxy S10.

Apple is promoting iPhone cameras with an ongoing campaign called #ShotOniPhone, we have yet to see how the tech giant plans to hit-back at Google.

Here’s what the complete ‘Night Sight’ Ad looks like

What do you think about Google taking a dig at iPhone users? Share your thoughts with us in the comments below.

Apple’s Shot on iPhone Photography Contest is your Chance to Earn BIG!