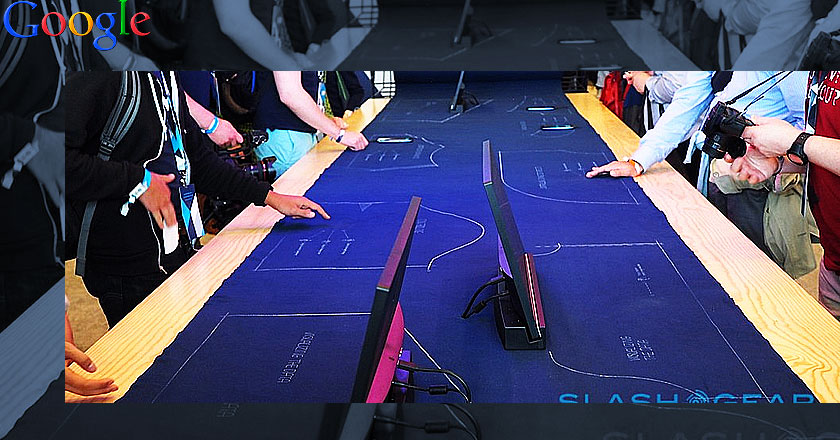 After the advent of smart watches and eyewear, Google is taking tech-based wearable to the next level with introduction of t-shirts, pants, socks – basically all wearable clothing items. On Friday, Google announced the launch of its two new initiatives termed as Project Soli and Project Jacquard.

These projects are mainly aimed towards innovating touch signals for various devices and creating smart-textiles.

The Project Soli is based on applying the way a smartphone is controlled to other objects such as clothes. In order to execute this, Google developed small, radar-based sensors which are programmed to respond to hand movements.

For Project Jacquard, Google is in the process of developing conductive yarns and develop fabrics which respond to touch and gestures. Sensor grids will be enabled to be woven through the entire fabrics to create smart surfaces.

Google will be partnering with fashion brand, Levis to create these smart-apparel. Hopefully, the Company plans to go beyond just textiles being reworked with technology.

The search engine and internet advertising business model created by Google still reigns supreme over the Internet, churning out more than $ 50 billion annually.

The Company, in the long term future aims to create software which gets infused into every aspect of the lives of consumers.

Other Companies such as Intel and OMSignal have previously made efforts in creating sensor-based shirts.

Take a look at CNET’S report for the upcoming technology: