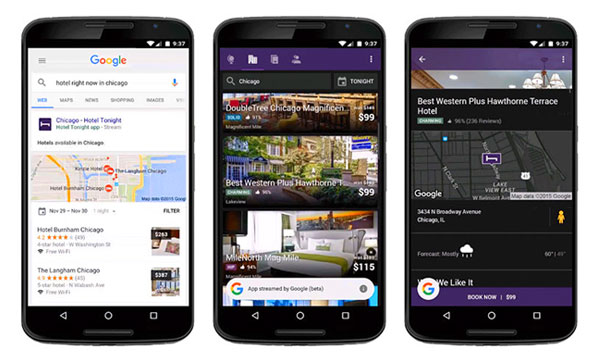 Google on Wednesday announced updates to its search that will allow users to access relevant content from mobile apps and “stream” apps not already installed on their devices.

In addition, users will soon see a “Stream” button that will allow them to access apps they do not have installed, and to use them as if they were in the app itself.

Both updates are to be offered with a small group of partners to start, including HotelTonight, Chimani, Daily Horoscope and New York Subway, but an expansion is in the works.