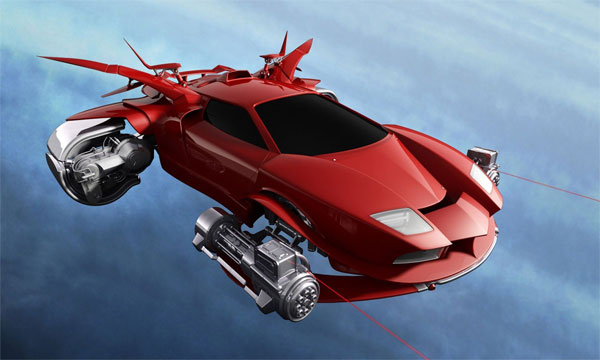 Page has backed Zee.Aero while striving to keep his involvement hidden, according to the report that cited unnamed sources described as having intimate knowledge of the flying car startup launched in 2010.

“Based in the heart of Silicon Valley, Zee is developing a revolutionary new form of transportation,” the startup said on its website, which invited people with engineering skills to apply for jobs.

Zee is “working at the intersection of aerodynamics, advanced manufacturing, and electric propulsion,” it said.

As part of a bid for secrecy, Zee.Aero employees referred to Page as “GUS,” a play on “Guy UpStairs” since, for a time, the Google co-founder had a private hideaway on the second floor of their facility, according to Bloomberg.

It said Zee.Aero has nearly 150 employees and expanded operations to an airport hangar a little more than an hour’s drive from Alphabet-owned Google’s headquarters in the California city of Mountain View.

Page has spent more than $100 million on Zee.Aero, according to Bloomberg.

It also reported that Page was backing a second flying car startup, Kitty Hawk, that began operating last year not far from Zee.Aero and is taking a different design approach.

Neither Zee.Aero nor Alphabet responded to AFP requests for comment.

Page is pursuing a flying car dream on his own, not as part of Alphabet’s investments in “moonshots” such as self-driving cars, Bloomberg said.

The new center in Novi, Michigan, will house engineers and others testing vehicles provided by Fiat Chrysler Automobiles, according to an Alphabet statement.

Google added 100 new 2017 Chrysler Pacifica hybrid vehicles to its fleet of self-driving vehicles in a major expansion earlier in May.

The collaboration with Fiat Chrysler marked the first time the California-based Internet giant has worked directly with an automaker to build self-driving vehicles.

Google has said it would not license its autonomous car technology nor sell the self-driving minivans.

It now has some 70 vehicles, including Lexus cars, adapted by Google in addition to its in-house designed cars unveiled in 2014.