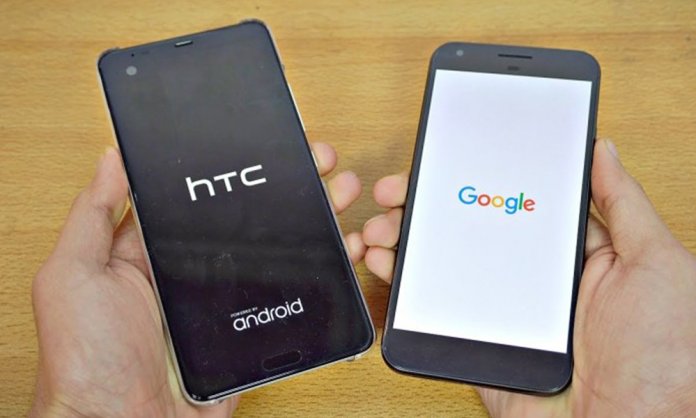 The latest rumor that seems to have taken tech world and the online world by storm is that Google might be very close to buying the smartphone business of HTC. The company has been stuck in the quicksand with their troubled electronic devices, particularly smartphones. Once one of the most popular smartphones in the United

The company has been stuck in the quicksand with their troubled electronic devices, particularly smart phones. Once one of the most popular smartphones in the United States has fallen off most carrier store shelves after several consecutive unsuccessful smartphone launches. There has been quite the stir in the tech world regarding Googles move, since this road has been taken by the company before, with Motorola in 2011 and people have the déjà vu feel. The Motorola subsidiary phones were not a blockbuster, and Google ended up dumping it. The Taiwanese company, HTC, builds the Google Pixel, which means it could be a good fit for Google as it continues to cater to consumers with its “Pixel” smartphone brand.

Google is expected to release an update to the Pixel phone and a new touchscreen Chromebook in October.

What does it mean for Google?

Apparently, Google has a renewed interest in hardware, and it’s seen it as a growth area for the company outside of its core ad business. The deal would mark a surprise return to a serious hardware player for Google.

According to Tech Insider,

“As Google invests more in building its own devices, like the Pixel phone, owning a smartphone subsidiary could help it mount a stronger challenge to Apple’s iPhone”.

They further added pointing a likely con for Google,

“From a strategic standpoint, owning & operating its own mobile operating division would offset some of the key strategic challenges that Google’s mobile computing business might face.”

Google and HTC, were at first declining to reveal further details about the ongoing deal.

However now, the company has confirmed that it plans to acquire part of HTC’s mobile division team for $1.1 billion.

According to HTC’s chief financial officer, Peter Shen, HTC will still employ more than 2000 research and design staffers after the deal is done and will continue with its own business even after losing a good proportion of its talent and operations to Google.

Have something else to add to the story? Let us know in the comments section.