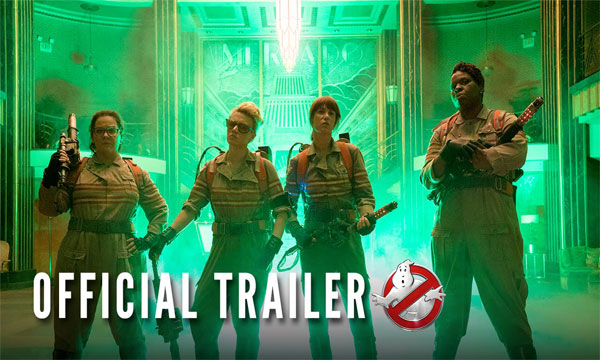 The latest trailer for this year’s “Ghostbusters” reboot features prototype proton packs, screeching ghouls, and the beginnings of what could turn into a river of slime.

Though some of the material has been seen in earlier “Ghostbusters” trailers, this new Japanese-subtitled international reel offers several additional insights. Those include the unusual job interviewing process that landed the Ghostbusters with their receptionist, Kevin (Chris Hemsworth), as well as a glance at a haunted mannequin and a closer look at big bad guy Rowan, which resembles a towering, grotesque version of the film franchise’s logo.

“Ghostbusters” commences international rollout the week of July 14, with launch territories including the USA and Canada, Singapore, the Philippines, Brazil, Australia, and the UK and Ireland.