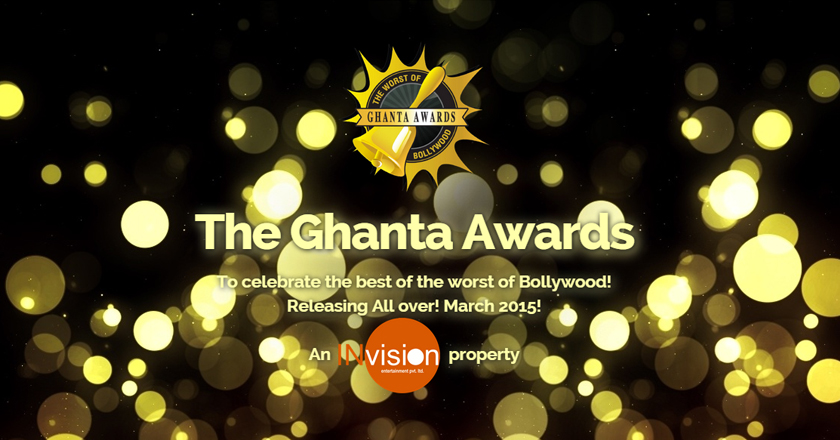 Every year, Bollywood churns out innumerable amount of movies and there are some ventures which are such epic fails that they deserve acclaim of their own and Ghanta Awards 2015 does just that!

These awards poke fun at the glitches and the adaptations-gone-wrong in the Indian Film Industry.

The Nominations for 2014 are out now and they feature the likes of Salman Khan, Sonakshi Sinha, Priyanka Chopra, Sonam Kapoor and Saif Ali Khan. Take a look:

Ek Villain from I Saw the Devil

Bang Bang! from Knight And Day

THAT’S ANYTHING BUT SEXY:

Everything and everyone in Bang Bang!

Yo Yo Honey Singh (The Xpose)

Tiger Shroff as a Hero

Sonam Kapoor as an IPL physiotherapist in Khoobsurat

This last category is presented to someone who has consistently and persistently delivered the worst projects and performances, and irony of all ironies is that it is being presented to Sajid Khan himself this time around.

Many nominations have gone on to prove that in an attempt to go commercial, Bollywood sometimes loses all common sense like Salman Khan’s Kick and Jai Hu. Year after year, Bollywood adaptations of Hollywood flicks is getting cringe worthy and exasperating, like the recent horde of horror flicks which were released. Original Content, even when it’s low-budget is lively and entertaining.