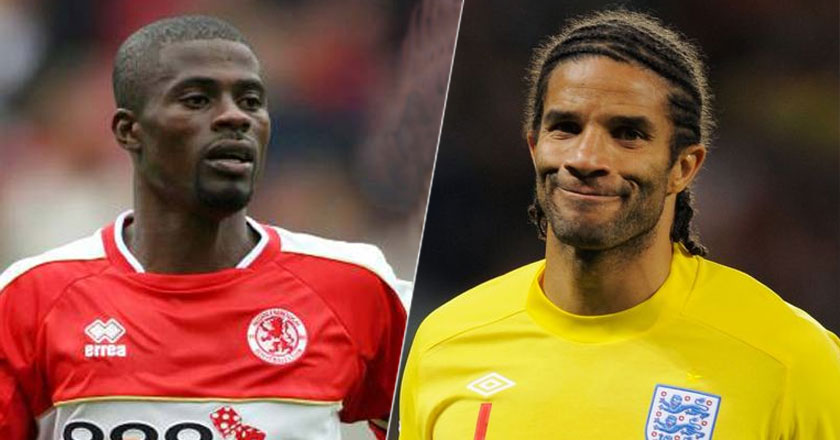 The page shared silhouette posts which got fans guessing which players to be a part, and according to them, the next two names are George Boateng and David James! George Boateng (born 5 September 1975) is a former Dutch footballer who is of Ghanaian descent. He is currently the technical director of Kelantan FA playing in Malaysia Super League. Although born in Ghana, Boateng chose to represent Netherlands at international level, earning four caps in total for Oranje. Boateng made his international début for the Netherlands in a 1–1 draw with Denmark in November 2001. David Benjamin James MBE (born 1 August 1970) is an English former footballer who played as a goalkeeper. He most recently served as the player–manager at Kerala Blasters FC in the Indian Super League. He is currently a regular pundit on BT Sport’s football coverage.

James is fourth on the list of all-time Premier League appearances, having played in 572 top-level matches, and held the Premier League record for most clean sheets with 170 until Petr Čech surpassed this record.

Leisure Leagues are bringing football (soccer) back in Pakistan, and this time, they are it by bringing one of the biggest legends of the game!

The page used their social media platform of both Instagram and Facebook to create hype about a Brazilian legend who is coming to Pakistan to sign for the league.

We're proud to bring you a historic moment for Football in Pakistan! Can you guess who is coming to Pakistan? #GetOnTheField

The football legend is none other than the talented Ronaldinho Gaúcho! According to social media channels of the league, the legendary Brazil and Barcelona forward has signed a deal with them.

According to DawnNews, Ronaldinho is expected to play exhibition matches in Pakistan, for which an agreement has been reached with the organisers. However, complete details have not been released yet, we are expecting more details soon as we have contacted Leisure Leagues for more information about this developing story. For now, here is a small treat for all football fans: