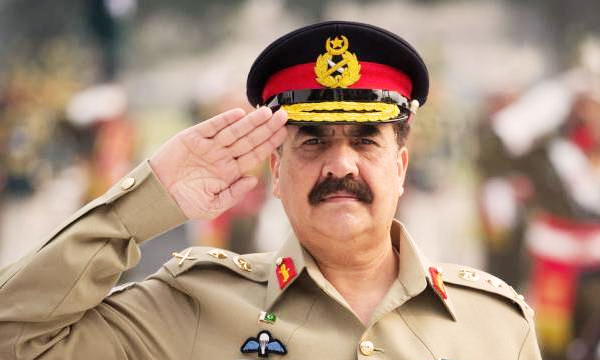 Chief of Army Staff, General Raheel Sharif has a hard-hitting reply for the Indian army’s ‘claimed’ surgical strike. According to General Raheel Sharif, Pakistan Army has the highest standard of motivation, physical fitness, and professionalism. They are the men who face challenges with courage and bravery!

The Chief of Army staff stated this at the 4th COAS Young Soldiers Inter-Central Physical Agility and Combat Efficiency Systems (PACES) Championship, Abbottabad on Sunday. He also gave prizes to the winners. Sepoy Sheeraz Khan did 1,214 push-ups in 20 minutes. He grabbed the first place in the category. Around 406 contestants from 22 regimental centers had taken part in the championship.

2,134 sit-ups were done by Sapper Akmal Hussain who secured the very first position in the category while Sepoy Jamshaid Khan took first place as part of chin-ups competition- he did 68 chin-ups.

COAS #GeneralRaheelSharif shouldn't make any decision in haste, same as General #YahyaKhan did in 1971 to declare war against Mighty India..

Pakistanis believe that #GeneralRaheelSharif is the saviour of the nation

According to the ISPR Release, the COAS showed appreciation for the participants who achieved high standards of professionalism and fitness.

General Raheel Sharif further said that Pakistan has been able to fight against terrorism for over a decade now, despite being a terrorism victim itself, due to the country’s spirit and a professional and dedicated security force.