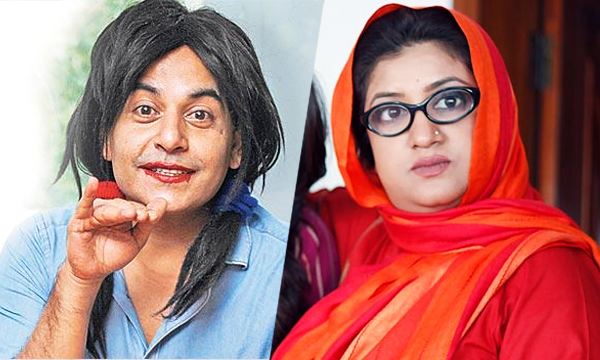 Bulbulay, a Pakistani comedy-drama aired on ARY Digital is an all – rounder and is loved by almost everyone. Among its most recent fans is Gaurav Gera,the popular Indian internet sensation who is inspired by Hina Dilpazeer aka Momo’s work in the serial.

Gera, being the social media hype and gaining attention as a funny shopkeeper girl recently noted that he is inspired by the acting of Hina Dilpazeer from the serial Bulbulay. He also claimed the script of the serial to be brilliant and amazing. Gaurav said in a recent video he made that a few of his fans commented that he copies Momo a lot- him not knowing who Momo was, googled the show Bulbulay on YouTube and after watching some of the series of the show, he can not stop watching it. “Oh my God, I can’t stop watching it – it’s phenomenal!,” exclaimed Gaurav.

Have a look at what Guarav said in his Snapchat video about Momo and her acting:

Being a big fan of Momo now, Gera revealed that he also found Momo’s another serial on the Internet titled as Quddusi Sahab Ki Bewa. “In this show, she has been playing a character called Rooh Afza. In fact, she has played a total of 40 characters in it!” Gera noted.

It’s phenomenal to witness such sensations appreciating our Pakistani artists, proving that Pakistan has got some great talent in the acting industry.