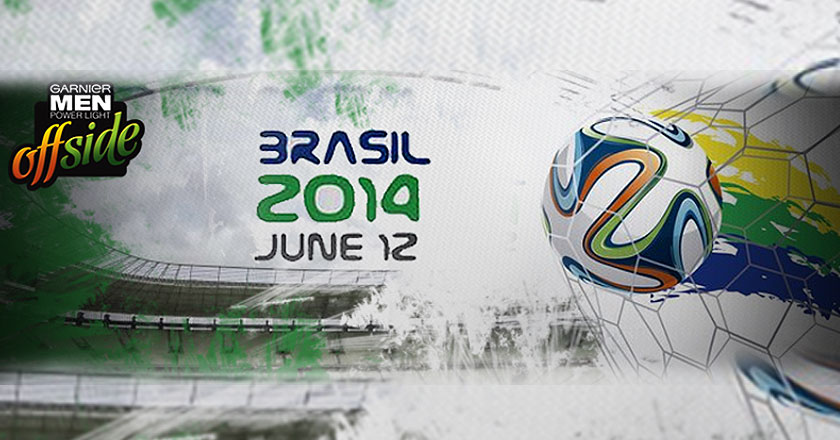 Garnier Men, the leading men’s skincare brand have launched a series of engaging football focused webcasts to create greater awareness of football in Pakistan while highlighting the importance of grooming and skincare in men.

The 26 episode series titled Offside is being aired during the 2014 FIFA World Cup exclusively through the brand’s Facebook page.

Offside, hosted by football enthusiasts Mohsin and Fareed, focuses on educating its audience through unique football related trivia, Quick Match Analysis (QMA) of upcoming matches and analysis of a team’s players and strengths through a section named X-Factor among other segments; all in a candid manner which is easy to relate to and follow.

The content also stresses the importance of skincare in men through tips and personalized advice imparted in a light and casual manner.

Garnier Men is also providing viewers of Offside a chance to win exciting prizes and complimentary products from its Garnier Men range by predicting the winners of upcoming football matches played during the FIFA World Cup.

Viewers of Offside will have a chance to win more valuable prizes during special episodes of the series aired prior to the major concluding fixtures of the football tournament, namely the Quarterfinals, Semifinals and Finals.

“Football is played and enjoyed by millions of sporting enthusiasts including myself. Through Garnier Men Offside, Pakistani fans of the game will be able to experience their favourite sport in the innovative Garnier Men way, and ofcourse in the process learn more about taking care of themselves.” said Moazzam Ali Khan, General Manager Consumer Product Division L’Oréal [Garnier’s parent company], speaking about the new football focused series of Webcasts.

The football focused series is a part of the brand’s long term commitment towards supporting male oriented leisurely pursuits such as football, and providing Pakistani men quality education on skincare, an area of discussion which has traditionally been dominated by women.