Home Entertainment Game Of Thrones Season 8 Trailer is Out & is Breaking the...
Advertisement 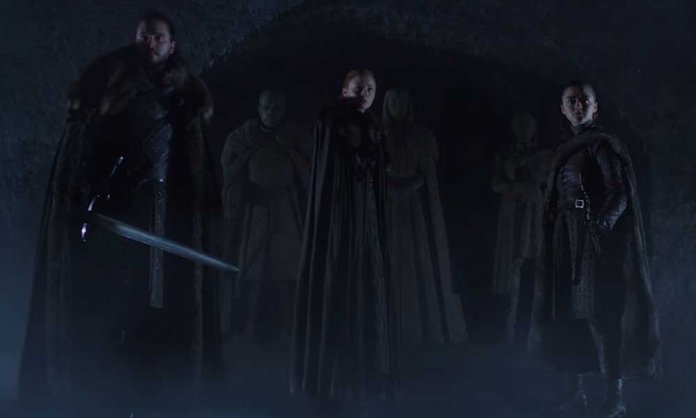 HBO has released the first official trailer of Games of Thrones (GOT) Season 8 which is due to roll-out in April 2019.

It will also mark as the final season of the GOT series. The trailer has fans on the edge of their seats as they see their favorite Winter Fell characters Jon Snow, Sansa Stark, and Arya Stark once again.

The siblings are seen walking down a dark crypt, haunted by the memories of their late parents. As they approach the end of the trail, a gust of cold air ponders in and breaks the reunion.

Based on George R. R. Martin’s fantasy novel saga “A Song of Ice and Fire,” “Game of Thrones” has been running since 2011 and, having taken a breather in 2018, reaches its conclusion in April 2019’s eighth season.

That doesn’t necessarily spell an end for the HBO franchise, with Naomi Watts of “King Kong” (2005), “Birdman,” “Mulholland Drive” and the “Divergent” movies having been cast to lead a prequel series set thousands of years before “Game of Thrones” itself, a series provisionally known as “The Long Night.”