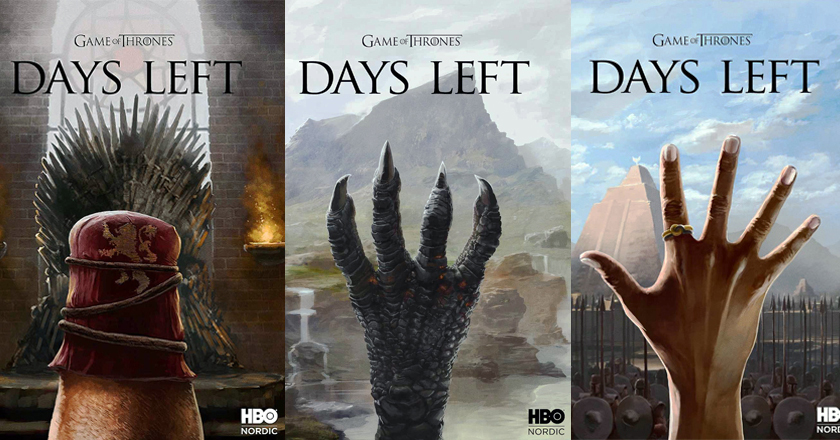 The world is currently obsessed with Game of Thrones and we at Brandsynario are not one to be behind on all the latest news of the mythical franchise.

HBO’s countdown posters for Game of Thrones have just been released, focusing on the number of days left for the next episode of the series.