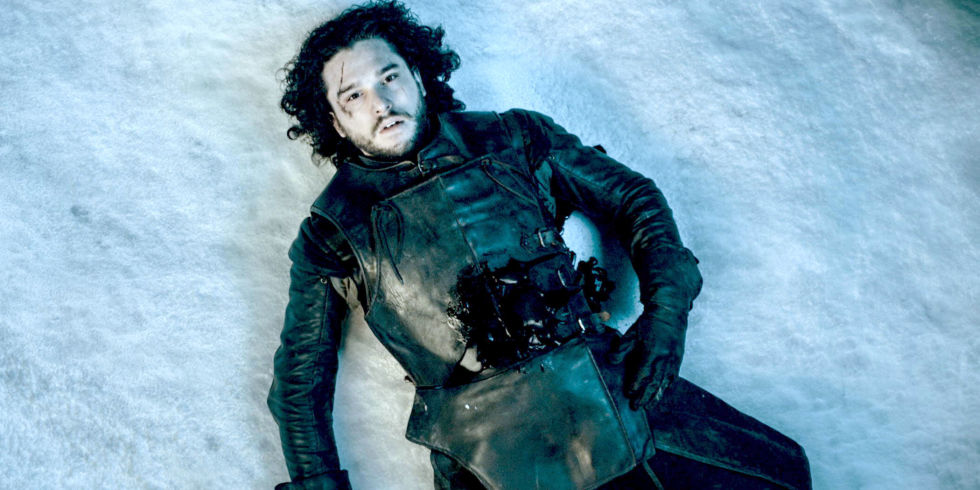 For all those forever optimistic Game of Thrones fan who still have the tiniest hope of seeing a living version of Jon Snow in the upcoming Season 6, we don’t have good news for you.

The Co-creators of the show, David Benioff and D.B. Weiss set the record straight saying: “Jon Snow is dead.”  Killing all our hopes, they further stressed on all the technicalities of Jon Snow’s pupillary action to confirm his death.

Interjects Weiss, “… We spent good money on this.”

“Your pupillary muscles relax when your body gives up,” adds Weiss.

Weiss continues the banter with, “It is called a ‘pupillary sphincter,’ as a matter of fact, we looked this up on the Internets and it said that your pupillary sphincter relaxes and that your eyes dilate, and if you look carefully, Jon’s pupil dilates — the one that’s in the light dilates.” And yes, he says “Internets.”

In the season 5 finale episode, Cersei Lannister had to walk naked in her popular ‘walk of shame’ scene. Viewers fired criticism at her for using a body double for that important scene. Recently, Lena Headey who plays Cersei has replied back to those unfair criticisms.

She was clearly surprised by the backlash,”Some people thought I was less of an actress because I didn’t get my t**s out,” said Lena. “I’ve done nudity. I’m not adverse to it.”

The mega war of thrones will resume for its sixth season on April 24th.