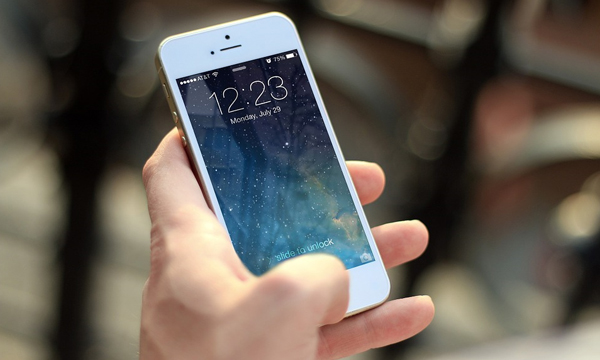 Mobile entertainment has always been seen as the way forward, but in 2015, we got to see just how popular the medium was thanks to the release of Netflix’s Aussie iOS app.

The online movie and TV show services have long been a favourite with Australians wanting to watch their shows via their desktop, but it wasn’t until March 2015 that the company finally released an iOS app.

According to Statista, more than 18.5 million Australians now use Smartphones and tablets and it’s this surge in popularity that helped push Netflix to the top of the iPad download chart in 2015. Despite being on the market for less than 12 months (nine to be exact), Netflix shot to the top of the iOS download chart by the close of the year and, in turn, took the company’s Australian user base to 1 million.

Netflix Move the Tip of the Iceberg

This movement from desktop to mobile is one that’s been seen across a variety of industries in the last three years. In fact, according to Our Mobile Planet, 2013 saw 71% of Australians playing games via their Smartphones which, by today’s standards, would put the number of mobile gamers somewhere around the 13 million mark.

Much like Netflix, the iGaming company 32Red AU has also shifted its focus to the mobile area in the last three years. Anticipating the movement of the market, the company took its award-winning desktop software and transformed it into fully optimised iOS and Android apps. Essentially cherry picking its top games, including 32Red online slots Australia classics such as I’m a Celebrity Get Me Out of Here, the gaming operator has simultaneously appealed to our entertainment heritage and this new progressive technology.

Today, mobile gambling fans can now download 32Red AU onto their iOS, Android or Blackberry for free and not only play 18 casino-style games (think roulette and $1 million progressive jackpot pokies like Mega Moolah), but get $10 to try the software.

Beyond Netflix and iGaming, Facebook’s messenger service also topped the recent list of mobile downloads. According to Apple’s stats, the chat app was the most popular app free app for iPhones at the close of 2015 and, as of March 2016, it was ranked third by App Annie (Gas Buddy was top). In reviewing the move from desktop to mobile entertainment, one factor appears to be fuelling the shift: cost. Although accessibility, convenience and quality are all major reasons why more people are now choosing to entertain themselves via their mobiles, all three of the apps we’ve mentioned are free to download.

Yes, it’s true that subscriptions or in-game purchases are necessary part of these apps, but that doesn’t take away from the fact that you don’t have to pay to download them. This dynamic is akin to the price rhetoric we often see in retail outlets: i.e. $19.99 instead of $20. Of course, there is nothing malicious about this strategy on the part of the company; in fact, what it does is it opens up the service to more people.

This dynamic is akin to the price rhetoric we often see in retail outlets: i.e. $19.99 instead of $20. Of course, there is nothing malicious about this strategy on the part of the company; in fact, what it does is it opens up the service to more people.

By giving users a taste of what they can get (i.e. 32Red AU giving customers $10 to play with or Netflix offering free previews), it makes it more likely they will become regular customers.

In fact, when you look at the stats from Roy Morgan Research in 2012, 55% of mobile gamers in Australia are likely to earn more than $50,000 and in full-time employment. As you’d expect, this demographic is one that’s willing to spend, but not as frivolously as those earning $100,000. Therefore, having a carefully structuring price plan is the best way to attract the most users possible.

With more Aussies buying smart devices and companies such as Netflix, Facebook and 32Red shifting their focus from desktop to mobiles, the market is ripe for more players to enter the fray and that’s led to an explosion of native app developers in the last five years. From Buzinga and jtribe to App Square and Appster, Australian app developers are now springing up across the country. In fact, as well as developing mobile provisions for local companies such as Bongo, Buzinga has also worked with international brands such as Bupa.

Overall, mobile apps, moreover app development, is big business in Australia and it’s only getting bigger. As the country moves towards 80% national coverage (something Statista predicts will happen by 2017) and more companies move from desktop to mobile, the way we consume entertainment will continue to change and continue to become more portable as we head towards the close of the decade.

As the country moves towards 80% national coverage (something Statista predicts will happen by 2017) and more companies move from desktop to mobile, the way we consume entertainment will continue to change and continue to become more portable as we head towards the close of the decade.